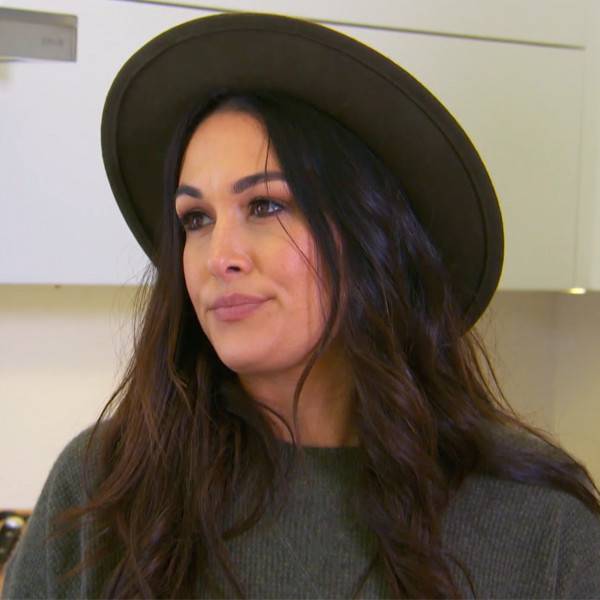 The WWE stars are in a disagreement about moving again in this exclusive clip from Sunday’s new Total Bellas. Brie wants to break their lease in San Diego to move back to Phoenix while Bryan worries about the costs.

“He and I have kinda been making a pros and cons list of like, ‘How much do we love San Diego? Do we want to start searching for a house to buy?’ But a part of me just feels like we kinda just need to go back to Phoenix just ’cause of Birdie and Vivian,” Brie tells her family. “Prolly the best thing to do is, I don’t know, break this lease, get something in Phoenix.”

“Brie just can’t make a decision,” Bryan later confesses. “If it were up to me, we would just have one house. That house would be the place that we would live all year round. I mean, everybody does it, except us.”

Brie adds that she’s never really felt “settled” in any of the cities they’ve lived in besides Phoenix.

“Bryan was very upset when we sold the Phoenix house because he gets very attached,” the mother of one explains. “This is where Bryan and I started our life as a couple together and then we bought a house in Port Townsend, Washington because my husband was retired from wrestling and we thought we were gonna be normal folks having kids.”

Bryan reminds Brie they’ve only spent a total of two months in their Washington home since buying it a few years back.

“We’ve made so many rash decisions in the last several years, I don’t want to make another rash decision,” he tells his wife. “The last thing I want to do is spend more money.”

So what are Brie and Bryan to do? Find out this Sunday!