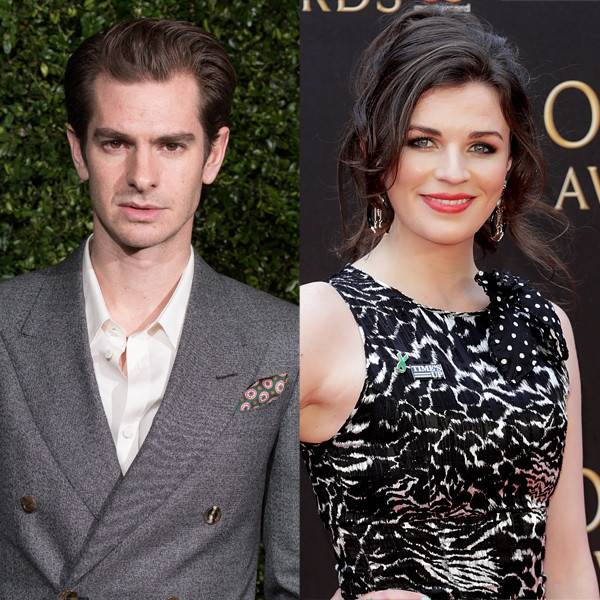 The Amazing Spiderman star appears to have split from his rumored girlfriend Rita Ora judging by the looks of his recent night out with comedian Aisling Bea. Andrew and the Irish star were recently spotted by an eyewitness at a performance of Hamilton in the West End of London, where the eyewitness says they saw Andrew and Aisling “kissing each other sometimes.”

In one photo, Andrew has his arm casually draped around the star as they chat while waiting for the performers to come out onstage.

Both of the stars appear to have called it quits with their latest significant others, with multiple outlets reporting that Andrew and Rita Ora recently ended their brief romance. As for Aisling, she was reportedly dating British actor Michael Sheen, but they had stopped seeing each other by the time she was seen with Garfield.

And prior to dating Ora, Garfield was linked to Susie Abromeit from Jessica Jones.

While Aisling is a well-known comedian in the U.K., Americans have yet to be charmed by the Irish actress, who has acted in shows like The Fall, Drunk History and more. But Americans will get to see more of the 34-year-old when she stars on the Netflix comedy series Living With Yourself, which will feature A-list stars like Paul Rudd.

Garfield, meanwhile, is busy performing on the theater stage in London for Mia Coppola‘s play Mainstream. His work on the stage is paying off since he won a Tony Award last year for his role on the show Angels of America.