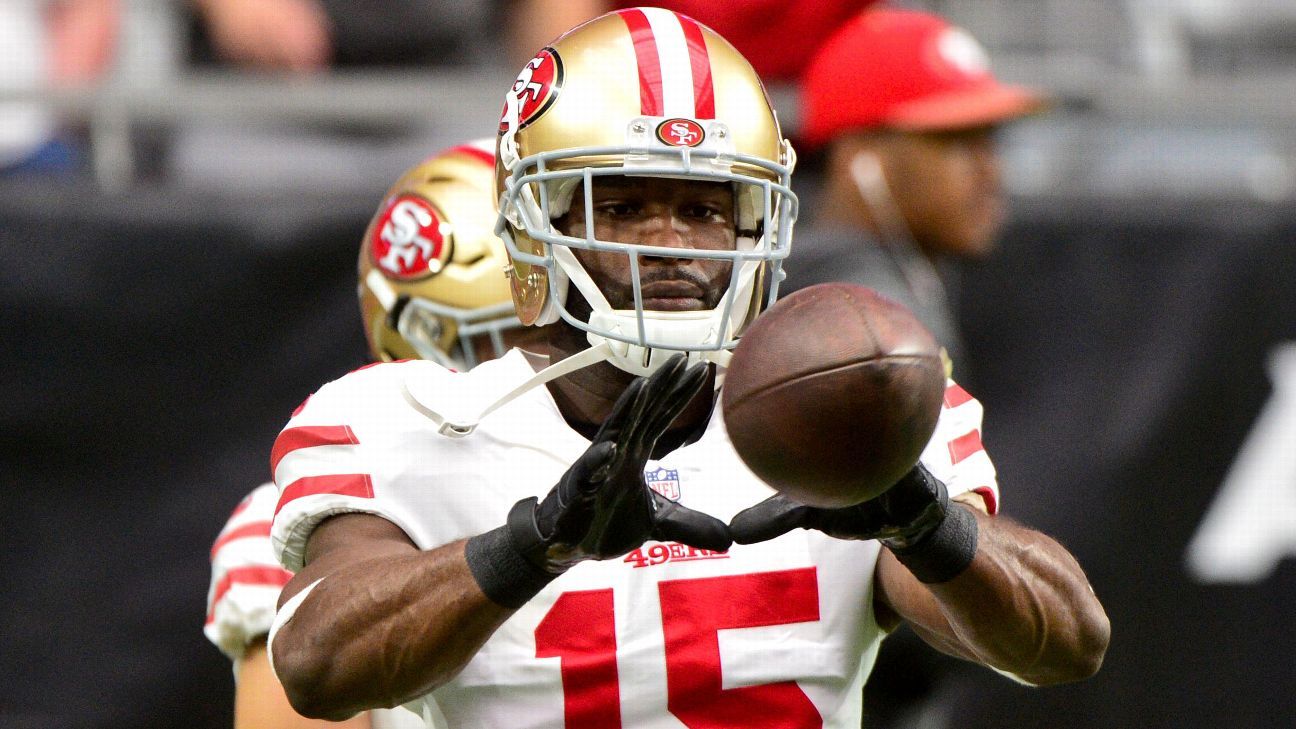 Veteran wide receiver Pierre Garcon will become a free agent after the San Francisco 49ers passed on his option for 2019, the team announced Thursday.

The 49ers opted to take on $7.2 million in dead money rather than carry Garcon’s cap number of $8.275 million. In two seasons with the Niners, Garcon had 64 catches for 786 yards with one touchdown while appearing in 16 games.

Garcon, 32, was the first free-agent target for 49ers coach Kyle Shanahan and general manager John Lynch when they took over in 2017, signing a lucrative five-year deal. Garcon was expected to offer production and leadership but injuries limited him to more of the latter than the former.

In each of the past two seasons, Garcon played in just eight games before landing on injured reserve because of neck and knee injuries. He had arthroscopic knee surgery on his knee in December after attempting to play through the injury.

Garcon joined the Niners from the Washington Redskins, where he first played under Shanahan. Garcon began his career as a sixth-round choice of the Indianapolis Colts out of Division III Mount Union in 2008, and he has 628 career receptions for 7,854 yards and 38 touchdowns.