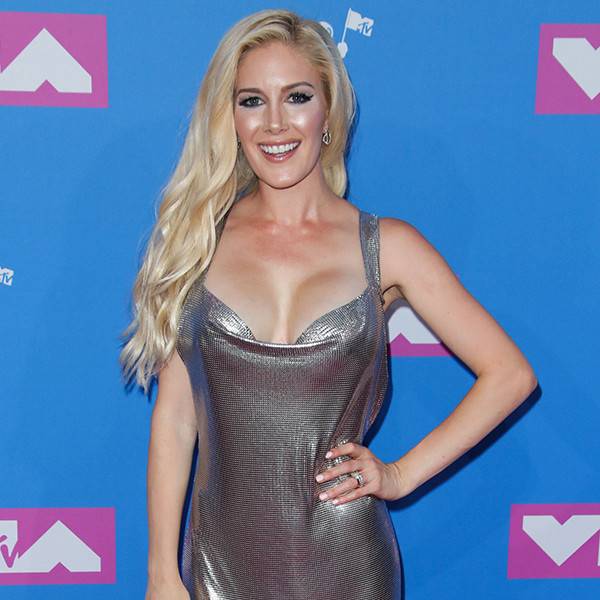 Living in The Hills has been filled with ups and downs for Heidi Montag.

While she married her best friend Spencer Pratt on the MTV series, she also lost a very close gal pal by the name of Lauren Conrad.

But as excitement builds for the launch of The Hills: New Beginnings, Heidi is looking back on some of the best and worst moments that have been captured on the small screen.

“I think in my mind, looking back, the hardest scene for me to watch is when I had my surgery and I go back to Colorado to talk to my mom about it for the first time. It was really challenging and I was in so much pain, I could hardly talk,” she shared in a new feature for Vogue. “I was so young and I just didn’t, like, have a team behind me.”

She continued, “Not getting along with my family was really hard, but a lot of good came out of the original show. My favorite moment was when Spencer and I eloped in Mexico…After we got married, and even when we’d just gotten together, Spencer and I weren’t really able to be a part of the group on the original show. Now, with the reboot, we’re integrated with the rest of the cast.”

As loyal viewers will recall, cameras rolled as Heidi explained her plastic surgery procedures to her mom for the very first time. “Are you telling me you don’t think I look good?” Heidi asked. “Maybe you should rephrase the question,” her mom responded.

While a premiere date and season trailer has yet to be revealed, some storylines are already being teased. For one, Spencer’s complicated relationship with Stephanie Pratt will take center stage.

“I ended up having secret friend dates with Lauren in Hollywood. Becoming friends with her destroyed my relationship with Spencer,” Stephanie shared with Vogue when looking back on the original series. “We didn’t speak for a long time. If this new show hadn’t happened, it would have been ten, eleven, twenty more years of not seeing or speaking to my brother.”

The iHeartRadio Pratt Cast podcast host added, “The reboot is a miracle.”