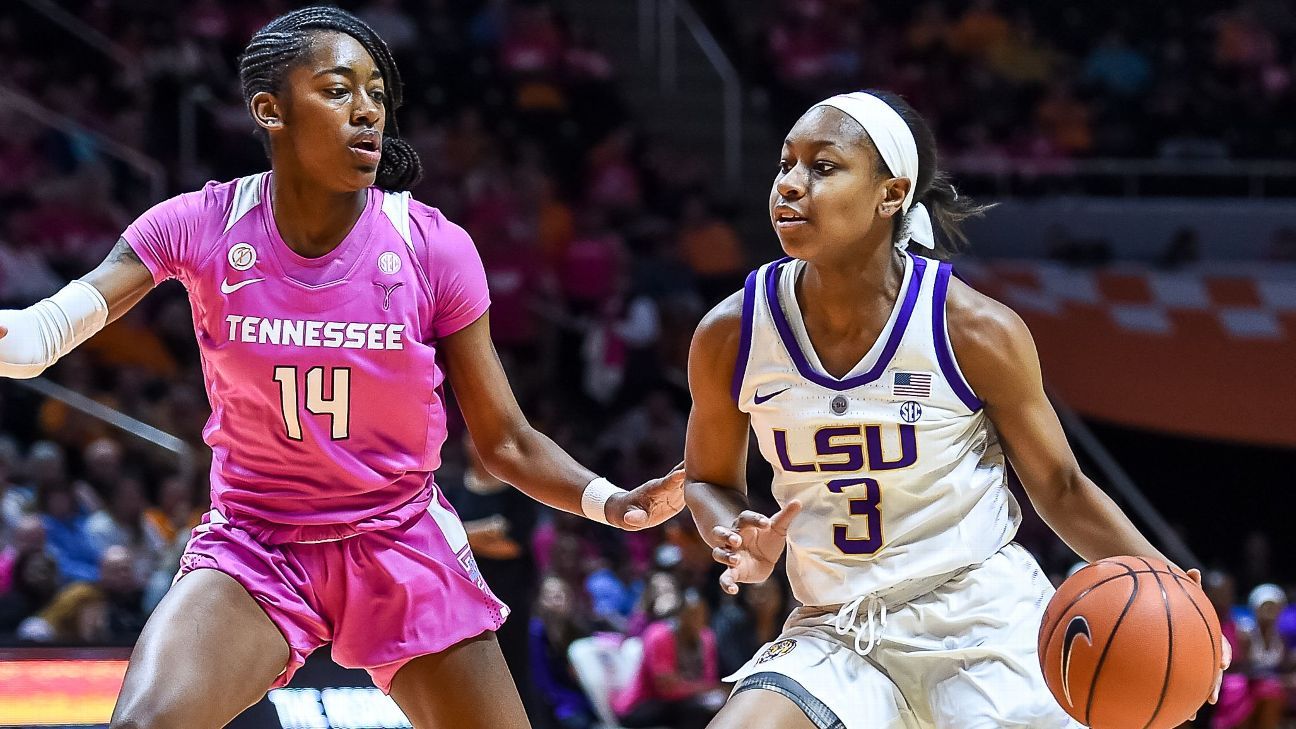 Much more than usual is at stake because the unpredictability that littered the last four months has left so much up in the air. The next week — 14 automatic bids in the NCAA tournament field will be decided by March 12 — will go a long way toward all the pieces falling into place.

What’s most important? Which conference tournaments and which games will have the most impact? Which teams can help themselves the most? Here’s our viewer’s guide.

Louisville or Notre Dame to the Chicago Regional?

The NCAA selection committee revealed Monday that the Cardinals are currently the No. 2 overall seed, followed by the Fighting Irish at No. 3. That puts Louisville in the Windy City and Notre Dame in the Portland Regional.

Sign up now then come back to fill out your bracket after Selection Monday for a chance to win $5,000 in Amazon.com gift cards. Sign up now

Ultimately, which team gets the advantage of reduced travel will be decided on the court in Greensboro at the ACC tournament. If Louisville and Notre Dame meet in the final on Sunday, the winner will be placed in Chicago. The loser could well stay on the No. 1 seed line, but that team would go west. If either or both were to lose earlier than the championship game, their status as No. 1 seeds would be in jeopardy.

The ACC tournament — with Syracuse, NC State and Miami also vying to be top-16 host schools — will have huge ramifications on the NCAA tournament field. But nothing sets the table for how the bracket will look like what happens with the Cardinals and Irish.

Which conference leader can finish the job?

Oregon and Mississippi State — both of which are currently No. 2 seeds — are the reason that Louisville and Notre Dame shouldn’t get too comfortable on the No. 1 seed line. Sweeping the regular-season and conference tournament titles in the Pac-12 and SEC would put the Ducks and Bulldogs in position to grab one of those No. 1 seeds.

But winning the Pac-12 and SEC tournament championships is also only way Oregon and Mississippi State can expect to move into the top four overall. It won’t be easy; the Ducks and Bulldogs have to go through at least two difficult games to win their tournaments, and it’s possible they will face teams in the semifinals that upset them during the regular season (UCLA and Missouri).

Which mid-majors will impact the bubble?

For example, if Missouri Valley favorite Drake wins its conference tournament, it will be the only team from the MVC in the NCAA tournament field. But if Drake stumbles, the MVC becomes a two-bid league (Drake plus whichever teams wins the conference’s automatic bid). Upsets will reduce the number of at-large bids available.

So bubble teams like Indiana, LSU, Auburn, Tennessee, Kansas State, TCU and West Virginia should eagerly be paying attention to conference tournament results in the Summit League and the Mid-American, West Coast and Missouri Valley conferences.

There is good news for fence-sitters. In the Summit, either South Dakota or South Dakota State can win and not disrupt things. BYU is also a strong at-large candidate, so the WCC gives the bubble teams two chances at safety. Buffalo is a bubble team, too, so the rest of the group would benefit if the Bulls were eliminated early in the MAC tournament (which doesn’t open until Monday), and if CMU makes a title run.

Likewise, teams in the middle of the SEC and Big 12 want to see Rice run the table in Conference USA. A loss by the Owls would create more bubble competition.

Kansas State, TCU and West Virginia could really help themselves by making a run in Oklahoma City, which is where the Big 12 tournament will be played Friday-Monday.

Unbeaten and barely challenged throughout conference play, Baylor is the big favorite and Iowa State and Texas will make the NCAA field. For the Big 12 to get a fourth or fifth team in, the aforementioned mid-major quintet must win out, and two among the Wildcats, Horned Frogs and Mountaineers will have to reach the Big 12 tournament semifinals. The middle rounds at Chesapeake Energy Arena will be games to watch.

Can anyone make a move in the SEC?

The same can be said for the SEC, but the implications run deeper in Greenville, South Carolina.

Let’s start with bubble teams Auburn, LSU and Tennessee. The Lady Vols’ ability to keep their streak of 37 straight NCAA tournament appearances going likely rides on Thursday’s second-round game against the Tigers. That is the most impactful early-round game in any tournament. The loser of that matchup is out for good.

Much of the deciding factors for the top 16 — those teams hosting first- and second-round NCAA tournament games — also will be determined by the SEC. Texas A&M, the committee’s No. 16 team overall, can’t afford a stumble. A potential quarterfinal loss to Auburn would be good for the league — it would help the Tigers get into the NCAA tournament — but bad for the Aggies, who would immediately fall out of the top 16.

Kentucky and Missouri are also in the hunt. The Wildcats and Tigers could meet in the quarterfinals; the loser has no chance to finish among the top 16.

And could either challenge Mississippi State in a potential semifinal clash? Missouri beat the Bulldogs 75-67 in mid-February. A repeat upset would give Sophie Cunningham at least one more game in her hometown of Columbia, Missouri.