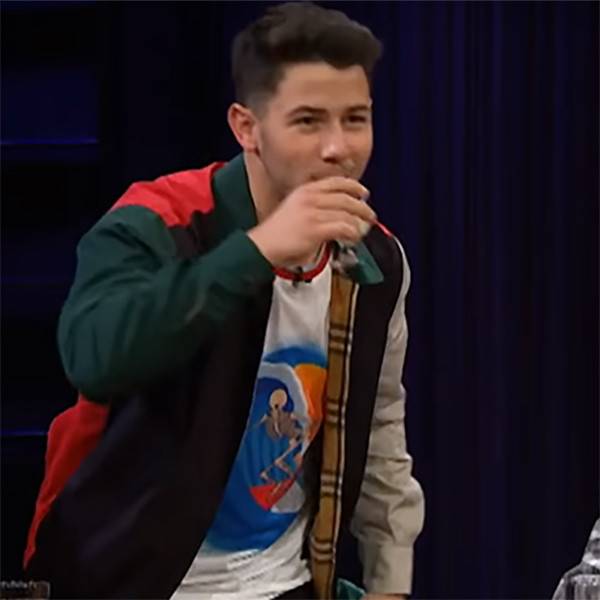 Nick Jonas, 26, Joe Jonas, 29, and Kevin Jonas, 31, who recently reunited as the Jonas Brothers band, played a game of Spill Your Guts or Fill Your Guts, a take on Truth or Dare, on The Late Late Show With James Corden on Tuesday. When asked to name the most famous person to have hit on him, Nick chose not to answer…which meant he and his brothers had to drink some bird saliva.

“Now, the trick with this is to smell it before you eat it,” said host James Corden.

“It smells like wet dog,” Kevin said. “Oh my gosh! It stays with you!”

The three were also presented with more disgusting delicacies, such as cooked bull penis and cow blood and pork tongue jelly.

Kevin was asked, “Who do you think would make a better father, Joe or Nick?”

Watch the video below to see them chow down.

This week, the Jonas Brothers began a week-long takeover of The Late Late Show With James Corden, where they also took part in a Carpool Karaoke segment and performed their new single, “Sucker,” their first new song in five years.