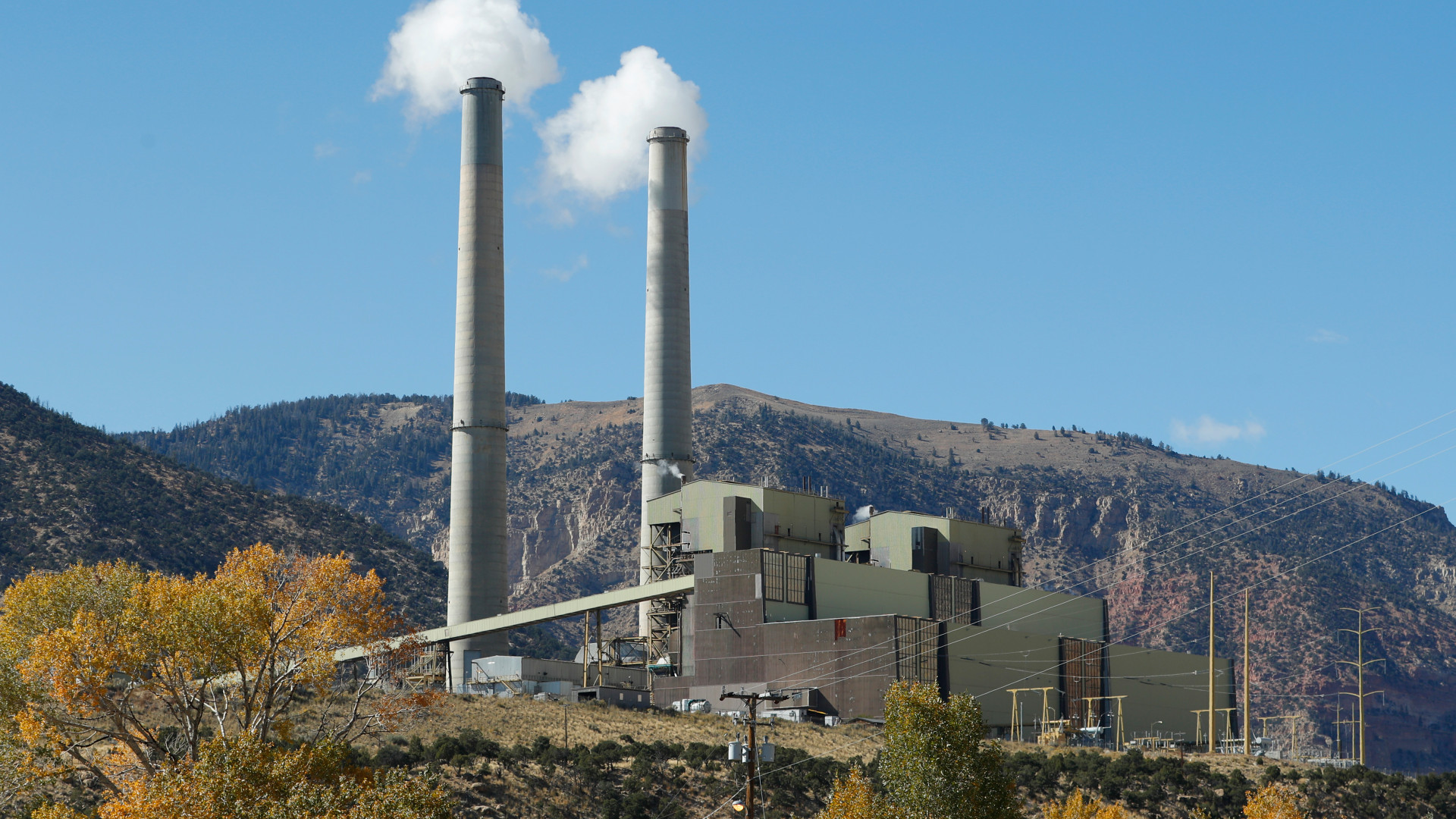 Sectors responsible for nearly half of all U.S. greenhouse gas emissions are benefiting from rollbacks and weakened regulations at the expense of U.S. residents, according to the report. But state attorneys general across the country have played a key role in countering the the president’s quest to repeal or weaken several key environmental regulations.

“Donald Trump ran for president saying he was going to be a change agent and unfortunately he has. He has become an agent of climate change,” said Maryland Attorney General Brian Frosh during a Tuesday press conference to discuss the report and long-term impacts of the Trump administration’s environmental rollbacks.

Frosh was joined by attorneys general from New York and Massachusetts, all of whom are involved in lawsuits countering the rollbacks. The officials spoke about their legal actions and pledged to continue challenging the Trump administration.

“We’ll fight back and we will sue the EPA [Environmental Protection Agency] every chance that we get to ensure that they will do their job,” said New York Attorney General Letitia James.

The NYU report closely examines the breakdown in the relationship between states and the federal government, which have long worked together to enforce environmental protections. President Donald Trump’s push to dismantle and weaken those protections has increasingly left states unable to do their due diligence in safeguarding residents, the report argues — but that doesn’t mean states are completely powerless.

Attorneys general “have been remarkably successful” in their efforts to fight the federal government’s rollbacks, the report notes. But it goes on to remark that those officials are now preparing to fight an “even more critical battle” over the climate and health risks associated with the nation’s biggest sources of emissions: coal, cars, oil and gas, and landfills.

The authors focus primarily on six major rollbacks initiated by the Trump administration, all of which benefit sectors that are the highest contributors to greenhouse gas emissions, which in turn drive climate change. Rollbacks impacting carbon emissions include targeting the Clean Power Plan, which directly affects the coal industry, along with clean car standards and glider truck protection, both of which involve the automotive industry. Several administrative actions to loosen restrictions on methane emissions, meanwhile, were a boon to both the oil and gas and waste sectors.

Together, the transportation, power, waste, and oil and gas sectors all generate over 3,000 million metric tons (MMT) of U.S. annual emissions, or nearly half of all U.S. greenhouse gas emissions.

“The Trump administration’s actions amount to a virtual surrender to climate change,” the report argues, underscoring that the rollbacks will lead to “thousands more premature deaths, hundreds of thousands more asthma attacks, and countless additional missed school and work days.”

Some state officials have responded quickly to the challenge, however, and are working to avoid that pending reality, said Christopher Gray, communications director for the NYU center that produced the report.

“While the Trump administration has been slowed by its own legal and regulatory ineptitude, the sheer magnitude of what it’s attempting to do to the planet and human health is breathtaking,” Gray told ThinkProgress. “State attorneys general have been successfully leading the fight to prevent these dangerous and unlawful rollbacks, and they will continue to do so in the year ahead.”

Nineteen states sued the Trump administration in October 2018 over the EPA’s car standards rollback. That same month, 26 states filed comments opposing the agency’s proposed replacement for the Clean Power Plan. Other efforts have also showcased the power of state legal retaliation, including lawsuits to stop seismic testing for oil in the Atlantic Ocean.

These lawsuits have slowed the implementation of rollbacks by tying them up in court, although any victories have typically been rewarded with further challenges from the Trump administration as the cases have worked their way through the court system.

Some officials have been more active than others. California Attorney General Xavier Becerra has taken the Trump administration to court 26 times over the environment, with at least 15 victories to date.

In a statement to ThinkProgress on Tuesday, Becerra praised California’s robust environmental standards, including the state’s stricter requirements for vehicles. The EPA is in the midst of a drawn-out fight with the state over its vehicle emissions standards, which more than a dozen other states have also adopted.

Tuesday’s report highlights the efforts of states in combating rollbacks, but it also works to put the risks associated with those rollbacks into perspective. Experts largely agree that weakening or dismantling the rules targeted by the Trump administration will make it far more challenging to respond to the climate crisis, all while threatening the health of people throughout the country.

Replacing the Clean Power Plan, for example, is projected to cause almost 100,000 more asthma attacks and more than 500 more deaths by 2030 alone, according to the report. Weakening clean car standards, meanwhile, would lead to more than three times the number of acute cases of bronchitis by 2050, along with four times the number of premature deaths over that same period. New source performance standards for methane emissions would also more than double current hazardous air pollutant emissions by 2025.

Officials like Becerra have said they will continue to fight the Trump administration’s efforts precisely because of the risks associated with inaction, both with regards to health and the environment. Above all, attorneys general argue, the numbers are on their side.

“We shouldn’t have to go to federal court to make our case,” Becerra said, “the facts and science  speak for themselves.”