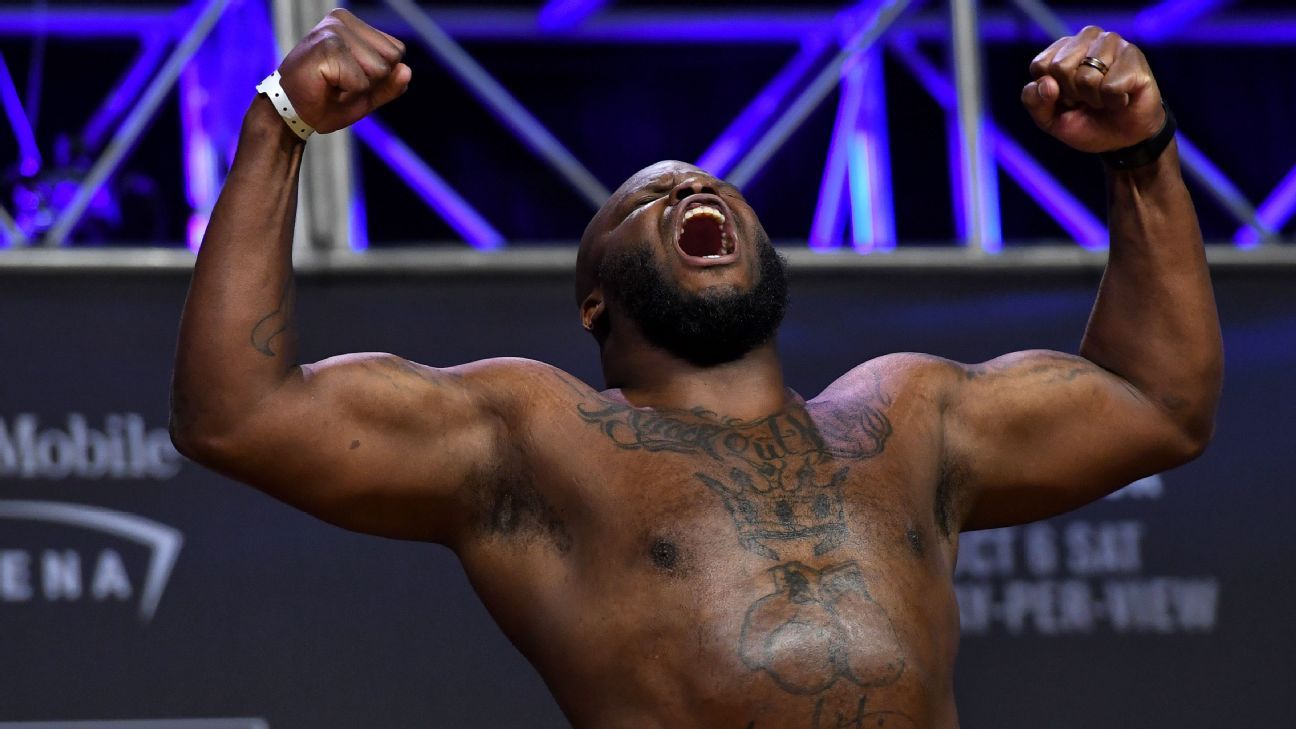 The main event of UFC Fight Night: Wichita will be a heavyweight contest between former champion Junior Dos Santos and Derrick Lewis. On the surface, Dos Santos holds multiple impressive career striking records, while Lewis seemingly has the ability to stop a fight at any time. However, a deeper look at the stats and numbers illuminates some other key stylistic tendencies, which could be the difference on Saturday.

Not only does Dos Santos have the advantage in terms of proportion, he also lands more accurately and at a higher rate in the position. At distance, he has landed 47 percent of his attempts, and he lands 4.05 significant strikes per minute. On the other hand, Lewis lands only 35 percent of his attempts at distance and only 1.07 per minute in the position.

If these trends continue, Dos Santos should have a meaningful advantage in terms of distance striking. Lewis likely will not be able to compete in a strike count battle at range. To be successful, he will need to make his shots matter and potentially force the contest into other positions.

Unfortunately for Lewis, one of Dos Santos’ strengths as a fighter has been his ability to keep fights standing. During his UFC career, he has successfully stopped 80 percent of his opponents’ takedown attempts. Outside of his three-fight series against fellow former champion Cain Velasquez, Dos Santos has stopped 91 percent of attempts against him and been taken down only three times.

While Lewis has done a large portion of his striking on the ground, he has never really shown reliable takedown ability. During his UFC career, he has landed only 23 percent of his takedown attempts and averaged only 0.49 takedowns per 15 minutes of fight time. In hispast three fights, he has failed on four straight takedown attempts.

Lewis might have success working from the top position, but he will likely to struggle to earn that position via his takedown game. Historically, Dos Santos has been able to force a standing fight and impose his striking attack.

However, he makes up for that shortcoming offensively. Dos Santos has landed 1035 significant strikes in his UFC career, which is more than any other heavyweight in the promotion’s history. His 4.78 significant strikes per minute rate is the fifth highest in UFC history.

Lewis lands only 2.76 significant strikes per minute, but he does quite well in terms of absorbing shots. He has allowed his opponents to land only 2.30 per minute, which is fourth best among active UFC heavyweights. However, that number is somewhat misleading. While his absorption rate stands out positively, his striking defense is actually a liability. He has avoided only 44 percent of his opponents striking attempts. Among ranked heavyweights, Lewis checks in at last place in terms of that metric. While he has taken advantage of his opponents’ lack of volume, he has been very hittable.

Lewis’ ability to finish could certainly be a difference-maker and his path to victory in this fight. Dos Santos has been knocked down in four of his past nine fights, and he has lost all four of those fights.

In this matchup, the power is not confined to one fighter. Dos Santos actually holds the UFC record for the most knockdowns landed by a heavyweight with 13. He has landed 0.90 knockdowns per 15 minutes in the promotion.

While this is likely Lewis’ best chance to take home the victory, three of his four UFC defeats have come via KO/TKO. His game plan will likely revolve around taking advantage of opportunities to unleash his power shots. However, that strategy might leave him open and allow Dos Santos to score the stoppage instead.