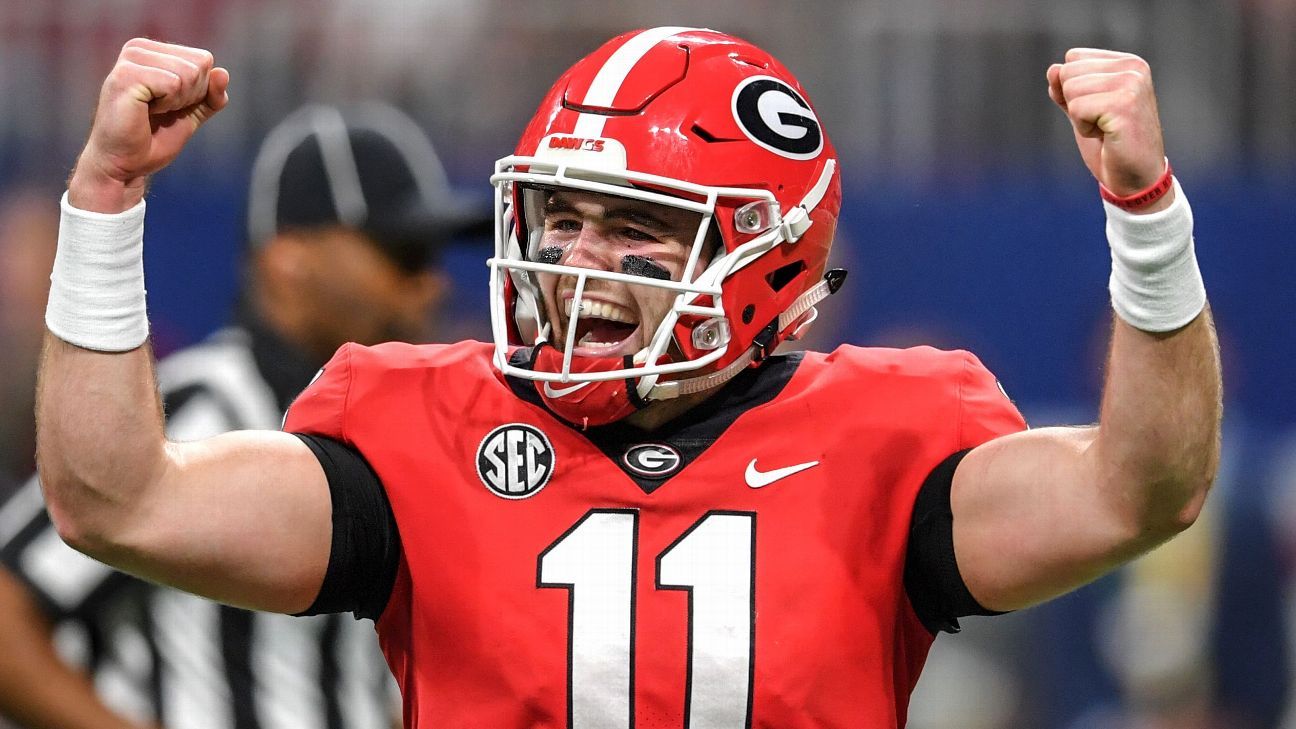 As college football teams return to the field for spring practice, here’s a look at what the nation’s top teams are expecting this spring. What will Alabama’s new coaching staff look like? How will Michigan’s offense evolve? Which true freshmen are ready to burst onto the scene? And what will Jalen Hurts look like under Lincoln Riley’s tutelage? We break down those questions and more for the nation’s top teams as we gear up for spring ball.

Is this (finally) the Wolverines’ year?
It’s been 14 seasons since Michigan’s football team won a Big Ten title, and fans are searching for hope. Preview

With marquee QB, the Longhorns are back
In Sam Ehlinger, Texas has a star quarterback for the first time in a decade, and he’s surrounded by blue-chip talent. Preview

Can Tigers build on their success?
There’s optimism in Death Valley after a 10-win season, with experience back on offense and elite recruits on the way. Preview

Manny Diaz is reinventing the U
Developing a quarterback and reshaping the offense are key priorities this spring for new coach Diaz and Miami. Preview

Plenty of questions after losing season
The Trojans’ fan base is unhappy, the upcoming schedule is brutal, and there’s uncertainty if JT Daniels is the answer at QB. Preview

Tide looks to regroup after title loss
The expectations — winning a national title — remain the same in Tuscaloosa, despite serious player and coaching turnover. What’s next for Alabama this spring? Preview

A new era for the Buckeyes
Ryan Day takes over for Urban Meyer, with Georgia QB transfer Justin Fields getting a chance to lead the offense. Preview

Uncertain future for Seminoles
Florida State’s program is no longer at the top of the ACC. Can a strong secondary vault the Seminoles back toward dominance? Preview

Hurts helps offense, but can defense keep up?
The Sooners’ offense — with new quarterback Jalen Hurts — should keep rolling. But can the defense improve enough to make Oklahoma title-worthy? Preview

Can the Ducks make a CFP push?
With star quarterback Justin Herbert and arguably the Pac-12’s most talented roster, Oregon could be the conference’s best hope. Preview

Can the Dawgs get past Alabama?
The Bulldogs will have a new look in 2019, but Kirby Smart’s squad will still be loaded with talent as it seeks to get past Nick Saban & Co. Preview

Can the Spartans’ offense bounce back?
Mark Dantonio shuffled his coaching staff, hoping it will shake up the Spartans’ attack this season. Preview

Can you improve on 15-0?
Trevor Lawrence and a dynamic offense return for Dabo Swinney, but the Tigers will need to replace a lot of talent on defense. Preview

Are the Irish among nation’s elite?
A blowout loss in the semifinals wasn’t a great look for Notre Dame. But it’s one of the few teams with double-digit wins in three of the past four seasons. Preview

Hope in Year 2 under Jeremy Pruitt
A forgiving schedule and a new offensive coordinator has fans hoping for a breakthrough. Preview