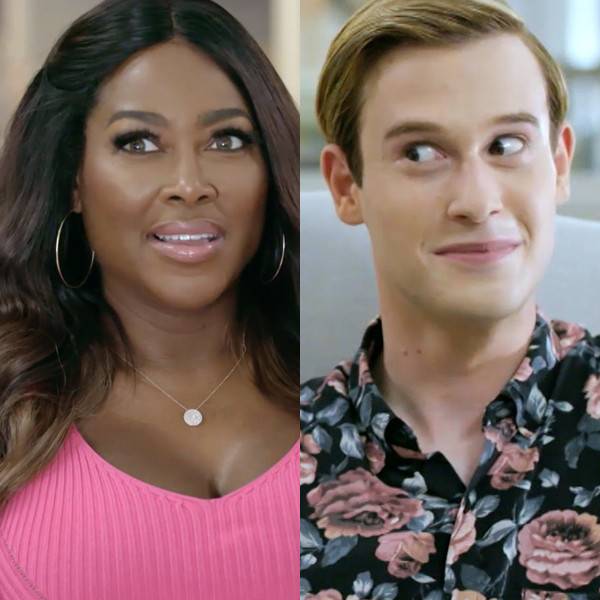 Something super creepy happens during this week’s episode of Hollywood Medium With Tyler Henry and the eerie moment even has the clairvoyant a little spooked. The otherworldly incident goes down during Tyler Henry’s reading with former Real Housewives of Atlanta star Kenya Moore, who gets multiple messages from her late grandma Doris during the sit-down.

First off, Kenya asks Tyler, “What does she think of my husband?”

Tyler confirms that Doris approves of Kenya’s husband and she even thinks the reality star’s guy is “a hunk of man” and a “tall glass of water.”

“There’s something about a book they’re bringing up,” Tyler continues to tell Kenya in this preview clip. “It involves publishing, they’re having me talk about publishing, releasing something, it keeps coming through.”

Right then, something falls off the shelves right behind Kenya’s back!

“That was strange,” a wide-eyed Tyler says as he looks around the room. “It fell on its own too. That’s odd. Weird.”

See the spooky sign from the other side go down in the clip above!