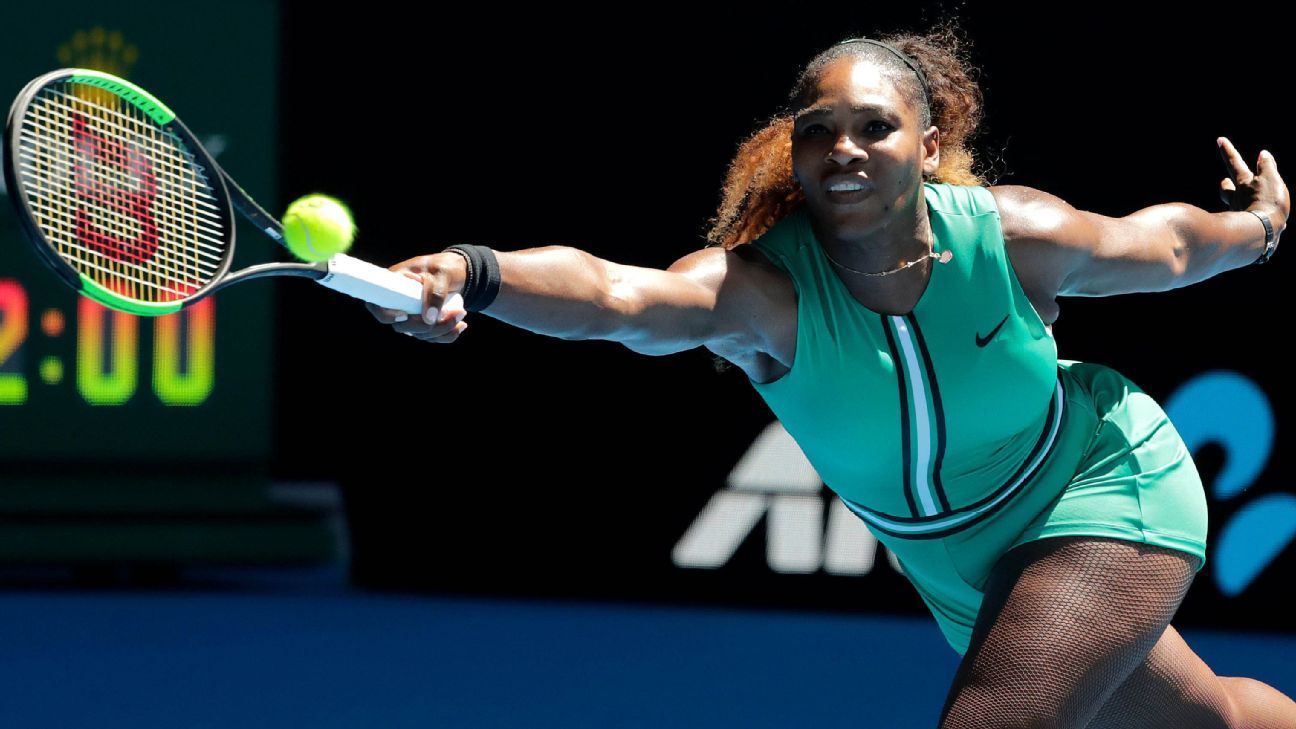 Serena Williams urges women to “dream crazier” in her latest foray into socially conscious advertising. The idea of winning the singles title at the BNP Paribas Open — which begins in earnest Wednesday in Indian Wells, California — doesn’t come close to qualifying as a “crazy dream” in the high-rent athletic neighborhood where Williams lives. But it does loom as an intriguing assignment for the 23-time Grand Slam singles titlist.

Williams’ return to competition is the towering storyline as the Indian Wells combined men’s and women’s event gets underway in the California desert, but it’s certainly not the only one.

Here are seven top storylines to watch (as well as the full schedule for when and where to watch the tournament on the ESPN family of networks):

Can Serena win the title?

Williams may be a cultural icon, but she’s now 37 and playing a drastically scaled-back schedule. She hasn’t won a tournament of any size or description in two years. As we all know, a great deal has happened in the interim. Tennis-wise, this stands out: The pool of legitimate title contenders in the WTA is deeper than ever before.

Williams has been frustrated at Indian Wells in three tries since returning from her 14-year boycott of the event in 2015. She has shown on many occasions that she can enter an event cold and dominate, but that ability comes with no lifetime guarantee. Sure, Williams could step in and run the table. But it’s no longer surprising if she loses before the final weekend.

What will it take to beat Novak Djokovic at Indian Wells? There’s always the specter of an off day, a minor but inhibiting injury, or the possibility that a player with a great deal of offensive firepower overwhelms that magnificent Djokovic defense. But ESPN analyst Brad Gilbert might have the best take: “Probably the only ones who can stop him are huge servers or a young, unpredictable guy, like a [Nick] Kyrgios.”

Djokovic has logged the “Sunshine Double” four times, triumphant back-to-back at Indian Wells and Miami. Only Roger Federer comes close to matching that, having completed the double three times — but just once since 2006.

Can Osaka maintain her momentum?

Indian Wells is where it all began for Naomi Osaka in 2018. Will the challenge to replicate that unexpected, career-launching win inspire or intimidate the 21-year-old two-time Grand Slam champion? She has backed up her US Open triumph impressively, but a complication arose last month when she abruptly parted ways with Sascha Bajin, the coach who had orchestrated her rise from No. 70 at the start of 2018 to her current No. 1 status.

Between coaches when she played her first match as the world’s No. 1-ranked player, Osaka lost in Dubai to No. 67-ranked Kristina Mladenovic. “It’s not really ideal to go to Indian Wells without a coach,” Osaka told the WTA in Dubai, shortly before announcing that she had hired one: former Venus Williams hitting partner Jermaine Jenkins. Jenkins is starting his job with an interesting challenge.

The ATP #NextGen concept featuring a rolling cast of young stars jelled in 2017. Current and former members of the group continue to rise in the rankings, but it isn’t necessarily the usual suspects. ATP No. 3 Alexander Zverev has always towered over the group, but otherwise the pecking order has changed dramatically.

Going into Indian Wells, the player to watch seems to be Dubai finalist and now 20-year-old Stefanos Tsitsipas, who cracked the top 10 in Monday’s ranking. Who had even heard of him a year ago? Meanwhile, No. 15 Daniil Medvedev (who has played in six finals already, more than any #NextGen rival), quiet, hard-nosed Aussie Alex de Minaur, and 6-foot-11 Reilly Opelka have each won tournaments. And Karen Khachanov is off to a rough start this year but is still ranked No. 13 and totes a very big game.

The food chain in the WTA is in flux

The only veteran Grand Slam singles champions or former No. 1s to win a tournament in 12 events thus far in 2019 are No. 3 Petra Kvitova, a two-time Wimbledon winner, and No. 5 Karolina Pliskova, who was briefly No. 1 but hasn’t won a major.

Simona Halep, clinging to her No. 2 ranking, made the final at Doha but hasn’t looked great. Neither have Caroline Wozniacki, Garbine Muguruza, Angelique Kerber, Jelena Ostapenko or Venus Williams. Maria Sharapova is out with an injury — again. It could be that all of them are slow to wake to the new year, but it’s more likely they’re being shunted aside by the likes of Osaka, Sofia Kenin, Elina Svitolina, Kiki Bertens, Belinda Bencic, Aryna Sabalenka, Qiang Wang and others.

Is Nick Kyrgios finally for real?

Kyrgios went jet skiing at 5:30 in the afternoon before he beat Zverev in the evening final. But he told the ATP after the win, “I’m very lucky to be in this position. I need to be way more disciplined, way better professionally and do the right things. I don’t even have a coach, so maybe I start there.”

Kyrgios reached the quarterfinals in the desert last year, but he came down with food poisoning and issued a walkover to Federer. Kyrgios’ flat, fast game could be deadly in the thin air of Indian Wells.

Are we likely to see surprise champions this year?

Juan Martin del Potro upset Federer in the ATP title match last year, but he isn’t defending the title due to a knee injury. Djokovic was still in his slump when Kyrgios upset him last year — it’s unlikely he’ll fail again.

On the WTA side, don’t be surprised if the winner comes from a diverse pool of relative unknowns who already have won significant events this year.