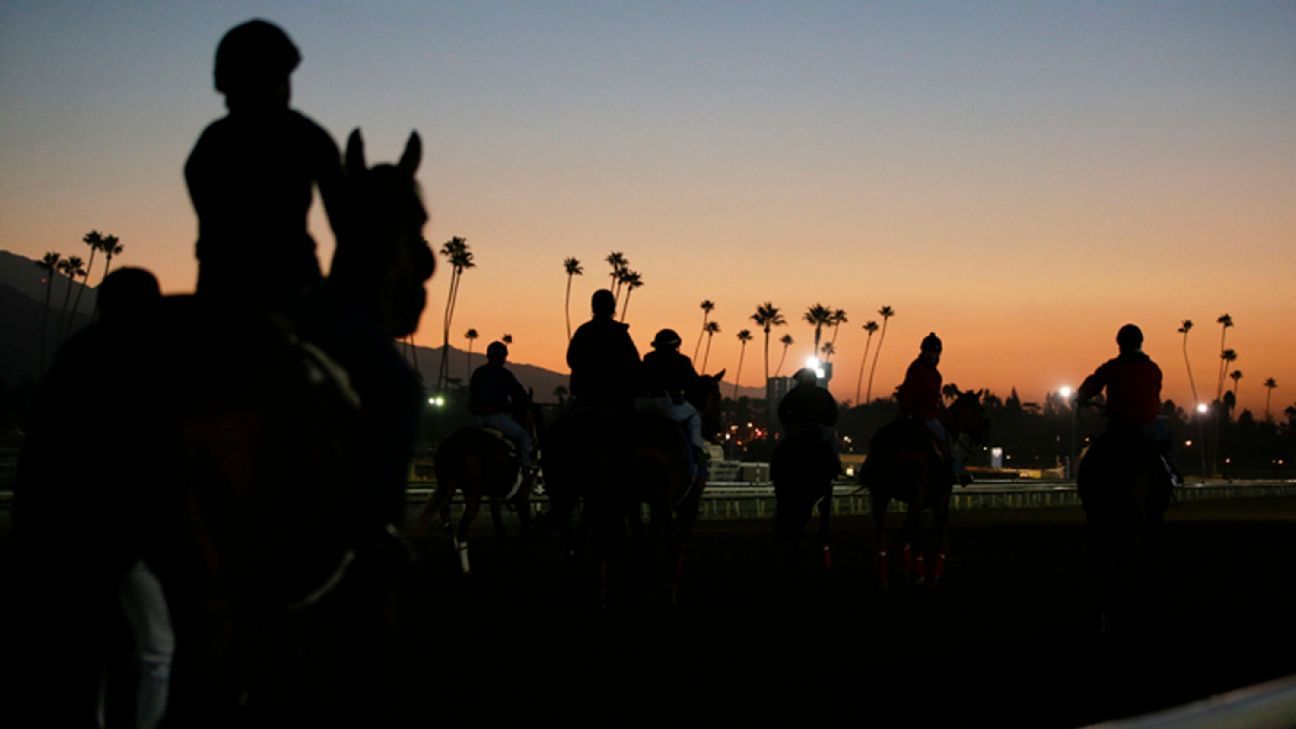 Races have been suspended through the weekend, and there’s no timetable on when they will resume.

The suspension will give a newly hired consultant time to inspect the racing surface. Tim Ritvo, chief operating officer of The Stronach Group, which owns Santa Anita, tells The Associated Press that officials feel confident in the track surface but want to be “very proactive” and do all the testing that needs to be done.

The California Horse Racing Board is also investigating.

The track was scheduled for a major day of racing Saturday, including the $600,000 Santa Anita Handicap for older horses and the $500,000 San Felipe Stakes for 3-year-old Kentucky Derby hopefuls.

A four-year-old filly suffered a catastrophic injury during training Tuesday and was euthanized, becoming the 21st horse to die this winter at the racetrack that will host the Breeders’ Cup world championships for a record 10th time this fall.

Seven deaths have occurred during races on the dirt oval at Santa Anita since the track’s winter meet began on Dec. 26. Five have occurred on the turf course and nine came during training on dirt.

The highest-profile horse to be euthanized was Battle of Midway, winner of the 2017 Breeders’ Cup Dirt Mile. The 5-year-old bay also finished third in the 2017 Kentucky Derby for Hall of Fame trainer Jerry Hollendorfer. The horse suffered injuries during a workout on Feb. 23.

Last week, Santa Anita was closed for two days while the dirt surface underwent extensive testing and was declared fit for racing.

He said the injury was a shattered sesamoid in her right front leg. Sesamoid bones provide anchor points for the two branches of the suspensory ligament. The bones are under stress each time a horse takes a step. Lets Light the Way was X-rayed and later euthanized.

“I think the weather has a lot to do with it,” said McAnally, whose wife, Debbie, owned the filly.

Santa Anita received 11½ inches of rain and had unusually cold temperatures in February, but it’s unclear whether track conditions played a role in any of the fatalities. The National Weather Service is forecasting 1 to 2 inches of rain in Los Angeles County starting Tuesday night and into Wednesday.

“Santa Anita has been a wonderful track, and they’ve done all kinds of tests,” McAnally said. “I don’t know what else they could do. It’s a fluky thing.”

Also Tuesday, Vyjack was pulled up after completing a five-furlong workout, according to trainer Phil D’Amato. The graded stakes-winning 9-year-old gelding was vanned off the track. But D’Amato told the Daily Racing Form that Vyjack “took a couple of funny steps” and was OK.

The number of deaths has drawn both concern and criticism. A handful of animal-rights activists gathered outside Santa Anita’s main gate on Sunday, carrying signs and shouting.

Santa Anita was closed for two days last week while the dirt surface was tested. Mick Peterson, a soil and safety expert brought in from the University of Kentucky, proclaimed the track “100 percent ready” to resume racing.

Peterson said radar verified that all of the silt, clay and sand, as well as the moisture content, were consistent throughout the track. Its dirt surface was peeled back five inches and reapplied.

Since Peterson’s comments, two horses have died, including McAnally’s filly. The 86-year-old trainer is one of the most respected in horse racing and has won three Eclipse Awards as the nation’s outstanding trainer.

Lets Light the Way had one win in four career starts and earnings of $18,500, according to Equibase. She last raced Feb. 2 at Santa Anita. McAnally purchased the filly for $15,000.

The other death occurred Saturday during the third race when 4-year-old filly Eskenforadrink was in the lead. Jockey Geovanni Franco pulled her up with an injury to her front leg. The filly was taken off the track and later euthanized.

Track officials announced in a statement Tuesday that a former track superintendent is returning immediately to Santa Anita as a consultant on site as “a precautionary measure with regard to the condition of the one-mile main track.”

The consultant, Dennis Moore, worked in Arcadia from 2014 until retiring Dec. 31. He currently holds the same position at Del Mar and Los Alamitos racetrack in Orange County.

In 2014, Moore oversaw a major renovation of the dirt surface using sand that was dug up in the coastal suburb of El Segundo for construction projects at Los Angeles International Airport. The sand was screened for foreign materials and large rocks.

At the time, track officials said the reddish-brown sand would ensure balanced drainage during periods of wet weather and a consistent, safe cushion for horses year-round. That’s important at Santa Anita, which added several additional weeks of racing to its schedule after the closure of Hollywood Park in Inglewood, California, in December 2013.

Tim Ritvo, chief operating officer of The Stronach Group, which owns Santa Anita, said in a statement last week, “We consider the safety and security of the athletes, both equine and human, who race at our facilities to be our top priority. All industry stakeholders, including our company, must be held accountable for the safety and security of the horses and we are committed to doing just that.”