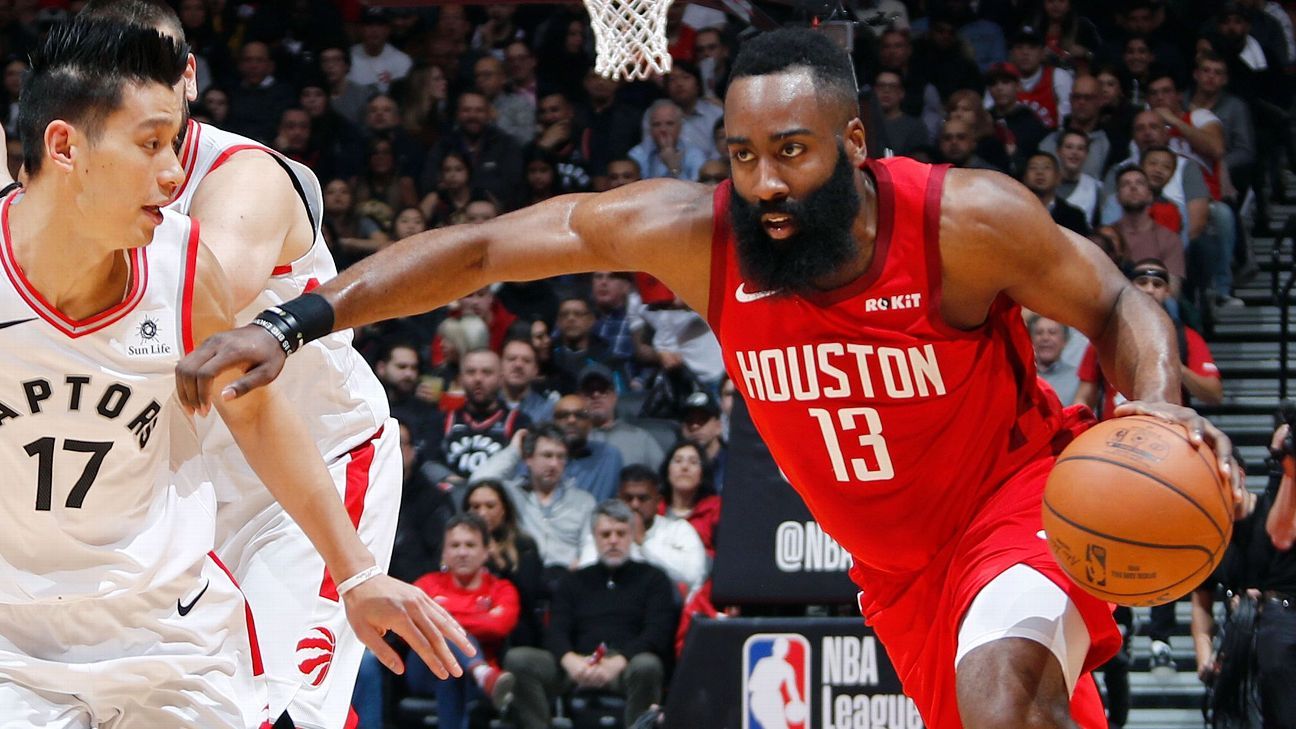 TORONTO — The Houston Rockets didn’t want to hear about the standings Tuesday night.

Sure, it was nice to get some help across the border as they pulled off another impressive win, fighting off a comeback bid and finishing strong in a 107-95 win over the Toronto Raptors. As the Rockets were running up a 38-point fourth quarter, the clock was ticking down on the two teams directly above them in the Western Conference standings, with the Oklahoma City Thunder and Portland Trail Blazers suffering losses to lottery-bound teams (adding to the theme of the night, the West-leading Golden State Warriors also fell).

So the Rockets — a team that sat second to last in the West a few months ago — headed back to Houston in a three-way tie for the No. 3 seed. Not that they considered that information especially relevant.

“A whole lot of games left; can’t pay attention to it,” Chris Paul said. “We’ve just got to stay focused on how we’re playing. We’ve been saying that since early in the season since we were, what, 11-14? And we was the Bad News Bears everybody was talking about.

Right now, the Rockets are playing as well as any team in the NBA. The roster has been shuffled since the start of the season — goodbye Carmelo Anthony, James Ennis, Michael Carter-Williams, etc., welcome Austin Rivers, Kenneth Faried, Iman Shumpert — but the Rockets are finally performing at the elite level that was expected all along for a franchise that roared through last regular season and was a hamstring away from a title, as they like to say in Houston.

Since that 11-14 low point, when the dysfunctional Phoenix Suns were the lone team the Rockets looked down on in the West standings, Houston has the NBA’s second-best win percentage (28-11, .718). Only the NBA-best Milwaukee Bucks have been better.

Houston’s success for much of that stretch can be explained simply: Reigning MVP James Harden went on a historic tear. But that sort of one-man show isn’t sustainable for a title contender, as noted by Kobe Bryant, who won five titles when he had All-Star teammates but failed to lift the Lakers to elite status as a lone star.

Harden continues to put up offensive numbers that stack up favorably with the best of all time, but he doesn’t have to carry as heavy of a burden with Paul and center Clint Capela healthy, and the Rockets’ supporting cast clicking, settling into a comfort zone and embracing their complementary roles.

The win over the Raptors was evidence of that. Harden was off for most of the night, but Houston’s second unit tore up Toronto with Paul orchestrating. That’s the group that built a big lead in the first half and re-established command in the fourth quarter after the Raptors rallied.

Paul had one of the worst shooting nights of his career, going 1-of-10 from the field but dominated as a distributor. His 10 assists resulted in 26 points, with eight of his dimes coming off wide-open looks that he created, according to ESPN Stats & Information research. Four of Paul’s assists came in the first few minutes of the fourth quarter, when the Rockets turned a two-point deficit into a 10-point lead, keyed by reserve gunner Gerald Green scoring 11 of his 18 points.

Then Harden morphed back into MVP form, scoring 19 of his 35 points in the final 8:06. He was 6-of-7 from the field down the stretch after going 6-of-23 through three quarters.

A few months ago, the Rockets openly talked about their sagging swagger. That’s certainly not a concern at this point, as they have complete confidence that Paul and Harden will come through as closers if it comes down to crunch time.

“That’s what we’re here for,” said Harden, who scored Houston’s final 16 points. “We’ll have opportunities. We’ve just got to get it done.”

They’ve rolled through one of their toughest stretches of the schedule during this six-game winning streak. It started on the road against the Warriors despite Harden’s absence due to a cervical strain. They just swept a road trip against a couple of East contenders, handing the Boston Celtics and Raptors double-digit losses in their houses.

This is the team the Rockets always believed they could be, regardless of their rocky path to this point. When they have all three of their cornerstones (Harden, Paul and Capela), the Rockets are 62-12 over the past two seasons, plus 11-3 in the playoffs.

“I just think about right now, and right now we feel good,” Paul said. “As long as we’re healthy, we’re going to be one of the best teams in the league.”