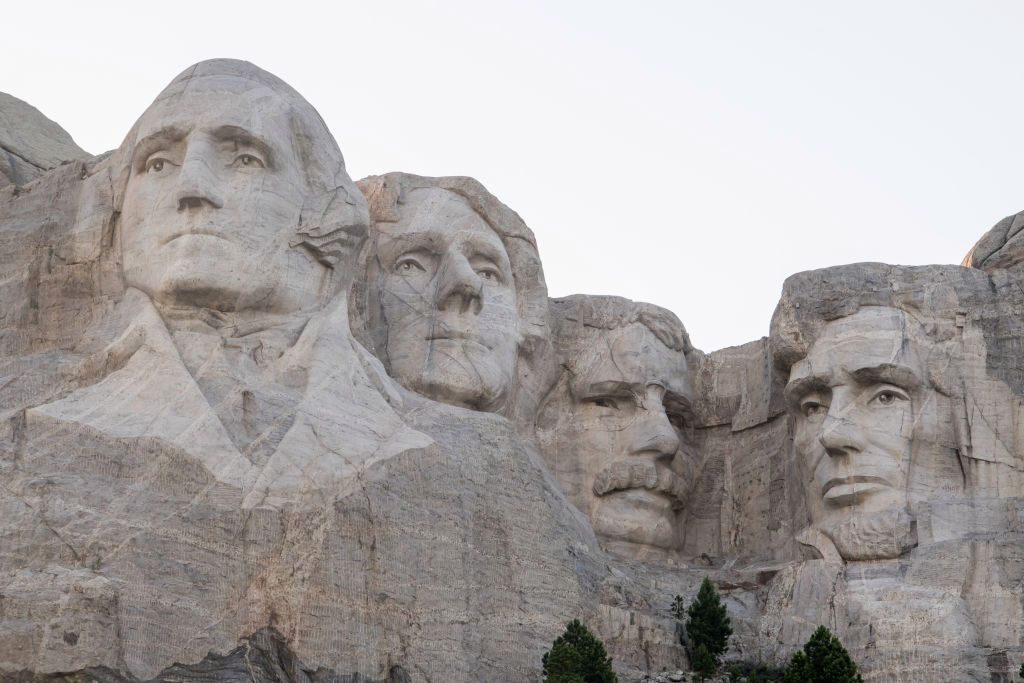 Congressional Republicans launched a new caucus on Friday, the Roosevelt Conservation Caucus, in response to the popularity of the progressive Green New Deal championed by Rep. Alexandria Ocasio-Cortez (D-NY).

But the hypocrisy of the effort to rebrand Republicans as environmentalists is underscored by the brazen choice to name this joint House and Senate caucus after Teddy Roosevelt — a Republican president far closer in both words and deeds to modern Democratic environmentalists than any senior GOP member of Congress.

While President Donald Trump and the Republican Party are almost entirely in the pocket of fossil fuel and other industries, Roosevelt was a trust-buster who famously fought monopolies like Standard Oil, the world’s largest oil company, founded by John D. Rockefeller.

“There can be no effective control of corporations while their political activity remains,” Roosevelt said in his famous 1910 speech, “The New Nationalism.” He went on to say that “it is necessary that laws should be passed to prohibit the use of corporate funds directly or indirectly for political purposes.”

Can one imagine any modern Republican saying anything like that today without being tossed out of the party as a radical socialist? The fossil fuel industry alone spent nearly $2 billion to kill U.S. climate action since 2000, according to a study last year, with much of it going directly into Republican pockets.

The Roosevelt Conservation Caucus, announced at the Conservative Political Action Conference, will be led in the Senate by Sens. Lindsey Graham (R-SC) and Cory Gardner (R-CO) and in the House by Reps. Elise Stefanik (R-NY) and Brian Mast (R-FL).

While the caucus will reportedly focus on conservation and public lands, rather than climate change, the Sierra Club points out that the leaders all have relatively dismal lifetime scores from the League of Conservation Voters (LCV): 12 percent for Graham, 10 percent for Gardner, 33 percent for Stefanik, and 26 percent for Mast.

The February 27 letter Graham and Gardner sent inviting members to join the caucus says its goal is to “counteract centralized big government solutions” with “market-based approaches.” This appears to be a reference to the Green New Deal, which is an ambitious effort to address the climate crisis and generate millions of high-wage jobs, modeled after the New Deal and U.S. mobilization during World War II.

But, again, Teddy Roosevelt was the quintessential big-government president. The conservative Heritage Foundation’s biography of Roosevelt concludes, “As President, he pushed executive powers to new limits, arguing that the rise of industrial capitalism had rendered limited government obsolete.”

Roosevelt put a remarkable 230 million acres of this country under public protection. He created five national parks, 18 national monuments, 150 national forests (including the first), and the U.S. Forest Service.

But the party of Trump is in fact trying to destroy the national parks and public lands that Roosevelt worked so tirelessly to create. Trump has actually moved to shrink national monuments for the benefit of the mining industry. Where were Graham and Gardner and others then?

The new conservation caucus doesn’t reference global warming, but a 2018 study found that human-caused climate change will be especially devastating to national parks because they are warming faster than the rest of the country.

Instead, the organizers fall back on tired Republican talking points. “We believe the path forward must continue to adhere to conservative solutions which are driven by a commitment to innovation, competitive markers, and entrepreneurialism,” the letter states.

This use of meaningless words like “innovation” to oppose real action comes from the 20-year-old playbook of President George W. Bush and GOP strategist Frank Luntz. It’s clear that as the wave of support for the Green New Deal builds, congressional Republicans are under increasing pressure to do something about the climate crisis; polls show voters overwhelmingly want Republicans to introduce their own proposal to reduce carbon emissions.

We’ll know congressional Republicans are acting in the spirit of Teddy Roosevelt when they start publicly embracing his core philosophy, which he stated in 1910: “The health and vitality of our people are at least as well worth conserving as their forests, waters, lands, and minerals, and in this great work the national government must bear a most important part.”