We’re officially two months out from the start of Game of Thrones season 8, and we’re learning more every day. For example, fansite Watchers on the Wall found the program details for the premiere episode, which includes runtime and cast list. There are a few surprising names here, so turn back now if you wish to avoid SPOILERS. 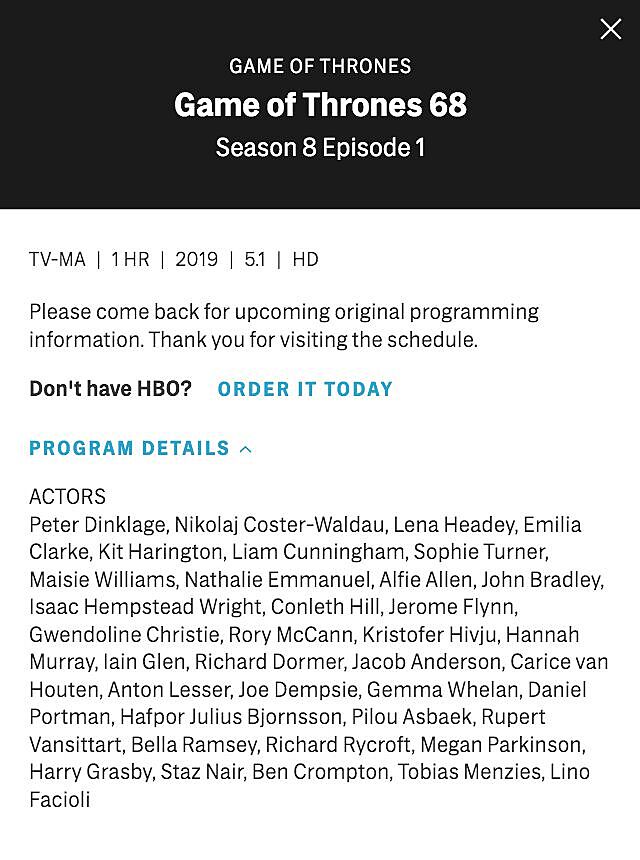 The still-unnamed premiere episode is listed as running exactly one hour, which lines up with previous reports. Still, we wouldn’t be surprised if that went up or down before the premiere date.

What’s really interesting is the cast list. All our favorites are here, including Kristofer Hivju and Richard Dormer, which pretty much confirms that Tormund Giantsbane and Beric Dondarrion survived the fall of the Wall in the season 7 finale. Then we’ve got a bunch of minor characters, including Megan Parkinson (Alys Karstark), Harry Grasby (Ned Umber), Rupert Vansittart (Yohn Royce), Bella Ramsey (Lyanna Mormont) and Richard Rycroft (Maester Wolkan) and Staz Nair (Daenerys’ Dothraki bloodrider Qhono). All of them should be at Winterfell, since we know Dany’s entourage turns up there in the premiere episode.

Then there’s Ben Crompton (Eddison “Dolorous Edd” Tollet) at Castle Black. We don’t like his chances if the army of the dead is on the move. Meanwhile, we’ll check in with Anton Lesser (Qyburn) and Hafþór Júlíus Björnsson (the Mountain) in King’s Landing, Nikolaj Coster-Waldau (Jaime Lannister) as he makes his way north, and the members of the Greyjoy family wherever they are. Not sure where Jerome Flynn (Bronn) will fit in to this. Ditto Carice van Houten (Melisandre). But the real surprises are the last two names on the list: Tobias Menzies (Edmure Tully) and Lino Facioli (Robin Arryn). We haven’t seen Edmure since season 6, when Walder Frey presumably threw him back into the dungeons beneath the Twins. Maybe he got out when Arya massacred the Frey family in the season 7 premiere? Menzies previously said he had “no idea” if he’d appear in season 8, but maybe he was being coy. 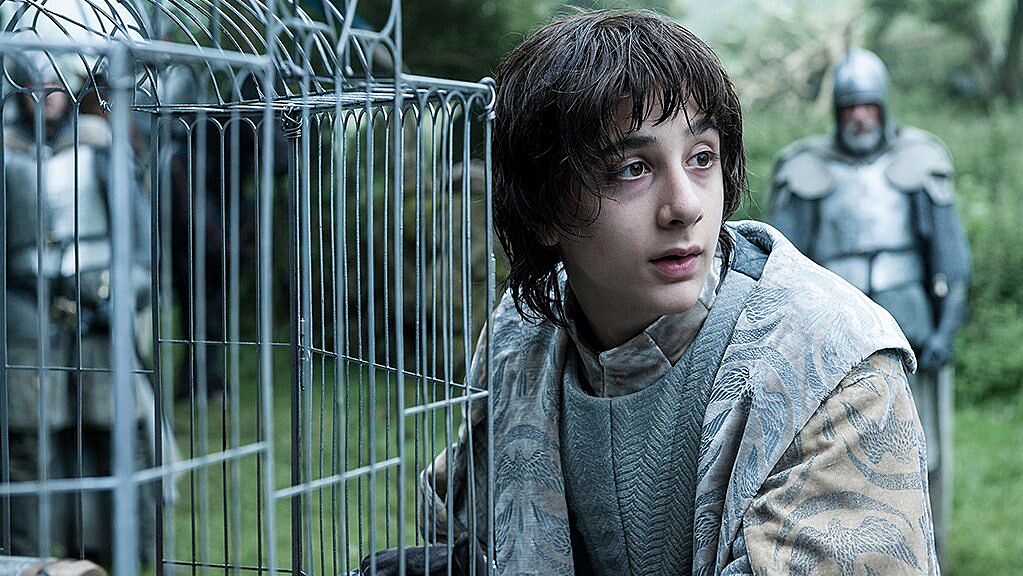 Season 6 was also the last time we saw Robin Arryn, when Littlefinger conned him into sending the Knights of the Vale to Sansa’s rescue. (All it took was a bird; kid is easily influenced.) He’s technically in charge of the Vale, but something tells us another, more forceful personality — say Sansa or Bronze Yohn Royce — could probably sway him one way or another. Will he show up at Winterfell too, or are we going to visit the Vale again? 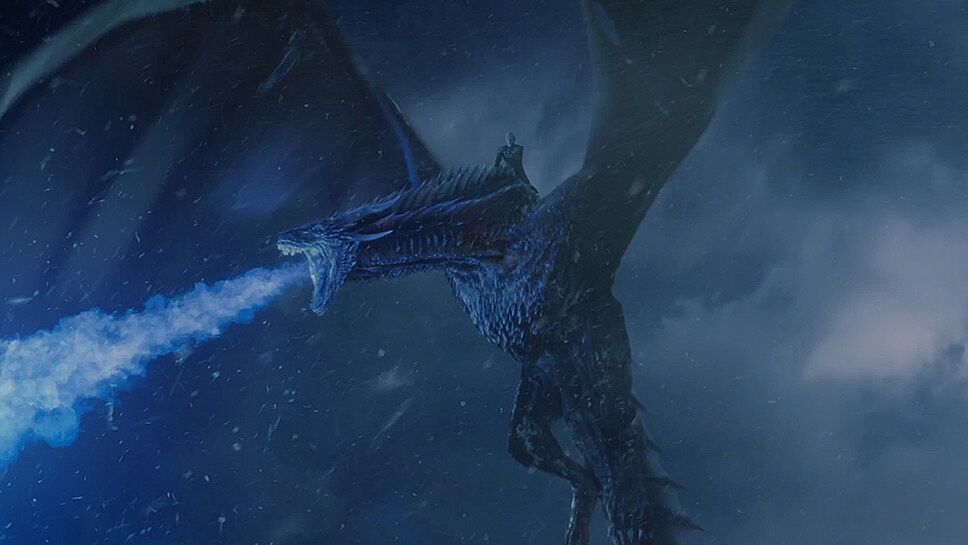 There are a couple of notable absences, including Vladimir Furdik as the Night King and Marc Rissmann as Harry Strickland, the leader of the Golden Company. We know both will show up in season 8, but apparently they sit out the premiere. Ellie Kendrick (Meera Reed) is also missing. Like Menzies, Kendrick said she didn’t know if she’d appear in season 8, but if Menzies can show up, there’s still hope.

We should note that, in the past, cast lists sometimes list actors who don’t appear in that particular episode but do appear in the season, but the absence of people like Furdik and Rissmann makes us think this really is for the season 8 premiere. Can’t know for sure, though.

Anything else here caught your eye? Let us know!