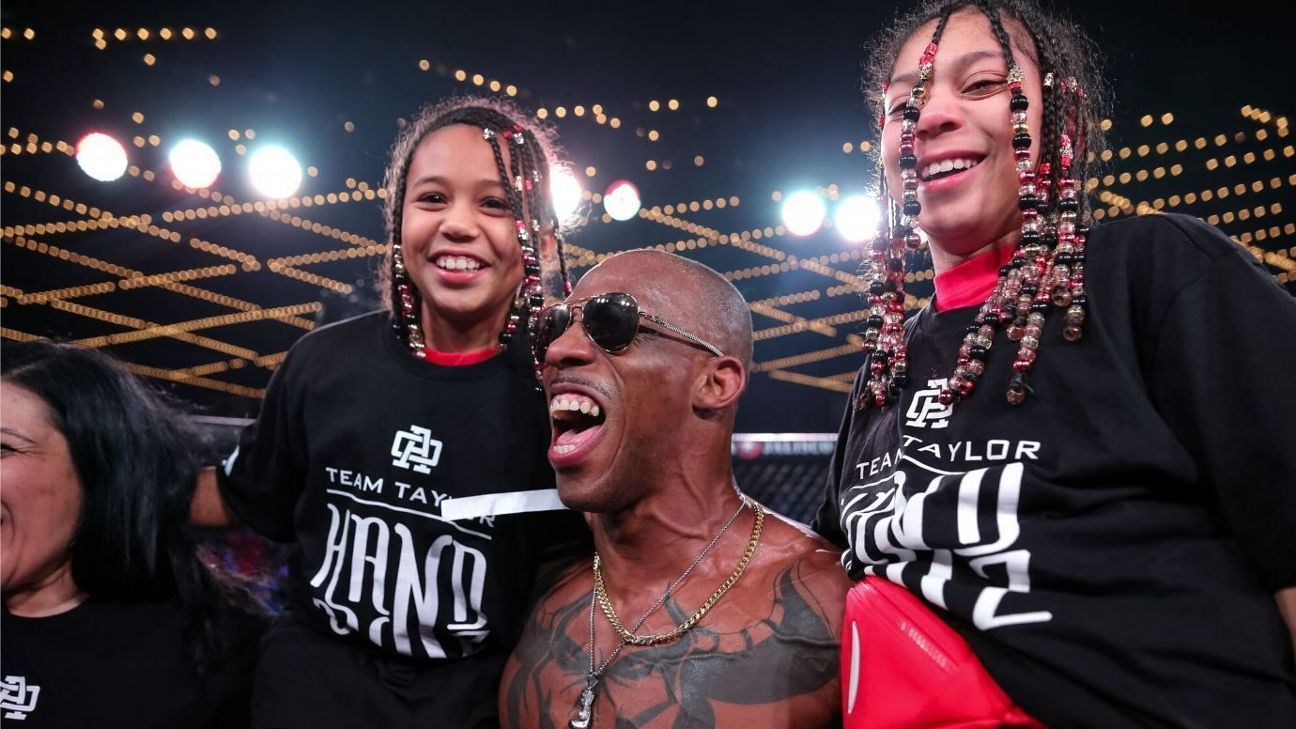 Louis Taylor had a better New Year’s Eve than you did.

Even though he had to go to work while you maybe went to a party, Taylor was the one who ended the night in the most joyful of celebrations. He was on the job for barely half a minute, and his take-home pay was $1 million.

Taylor became the middleweight champion of the Professional Fighters League’s first season on Dec. 31, knocking out Abus Magomedov in just 33 seconds at the finale in New York to become one of six divisional champs to earn a seven-figure prize.

Now Taylor wants more. This time his focus is becoming a champ-champ as he takes on the welterweight division.

In a change of PFL structure in 2019, there will be no middleweight division. The organization will add a women’s division and stick to six total weight classes. Hence the move for Taylor.

The 39-year-old from Chicago has been fighting professionally for a dozen years, bouncing between regional promotions in the Midwest before making it to Strikeforce and then Bellator. He was signed by the UFC and scheduled for a Conor McGregor undercard in 2015, but after being injured in training and pulling out of his fight, Taylor saw his opportunity in the big show vanish. The next year he ended up with the World Series of Fighting, which soon was rebranded as the PFL.

In his 23 fights during that winding journey through MMA, Taylor (18-4-1) has never competed as a welterweight.

“I have to change goals,” he said. “As I go down a weight class, I’ll try to take a size advantage with me.”

Taylor walks around at 205 pounds, so for this PFL season his weight cut is increasing from its usual 20 pounds to 35 pounds. That would seem to suggest that none of his $1 million is going to be spent on ice cream.

“Yeah,” he said wistfully, “no Reese’s and no cheesecake.”

Taylor has already shown, however, that he has the discipline to exercise self-denial. Moments after he won his million, he declared that the money would not be going toward a fancy new four-wheel toy for himself. As he stood inside the cage at Hulu Theater at Madison Square Garden being interviewed, with his wife and two daughters grinning from ear to ear by his side, he turned to his wife and said, “The house is paid off, baby. Their school is paid off. I don’t need no nice car.”

An update, two months later: Taylor still drives the same old car, has a receipt from his mortgage lender showing that he has paid off his 30-year note in two years, and his daughters have a nest egg set aside for their college educations.

“For them to have a fighting chance is a blessing,” he said.

Another update, from a millionaire: Taylor reports that having money in the bank does not necessarily make life easier.

“Amazingly, life feels more stressful now,” he said. “When you don’t have anything, you don’t have the opportunity to mess it up. Now I have money, and the ball’s in my court. If I fail to make the best of it, I don’t have anyone to blame but myself.”

Taylor plans to devote some of his money toward helping not just his family but his community. He’s looking to open a gym for youth on Chicago’s South Side, the neighborhood where he grew up and is raising his girls.

This work will be the embodiment of the nickname of Louis “Put The Guns Down” Taylor.

“I like to teach kids boxing and wrestling,” said the onetime collegiate wrestler at Eastern Illinois, where he was coached by former UFC champion Matt Hughes. “I want them to know that when I ask them to put the guns down, that doesn’t mean they have to become soft while living in a hard place. You can put the gun down and become a fighter.”

“Kids need to learn that there’s nothing wrong with just going to work and providing for your family,” Taylor said. “You don’t have to be a rap star or football star. Honestly, I feel like a lot of the youth don’t have people in their lives that hold them accountable or expect more out of them. I want to be in these kids’ lives.”

But first, Taylor wants to be in the faces of all those PFL welterweights he’ll be fighting in 2019. At the same time, he’ll continue to stare down the numbers confronting him: 170-pound weight limit and 39 years of age.

“I’m pushing 40 and in a new weight class, but just because I’m a certain number, why stop?” he said. “They continue to make me the underdog, and I continue to prove them wrong. I’m still in it to win it.”

And if he does win it?

“I promised myself one thing,” Taylor said. “If I win this season and take home another million dollars, I will get me a nice car.”