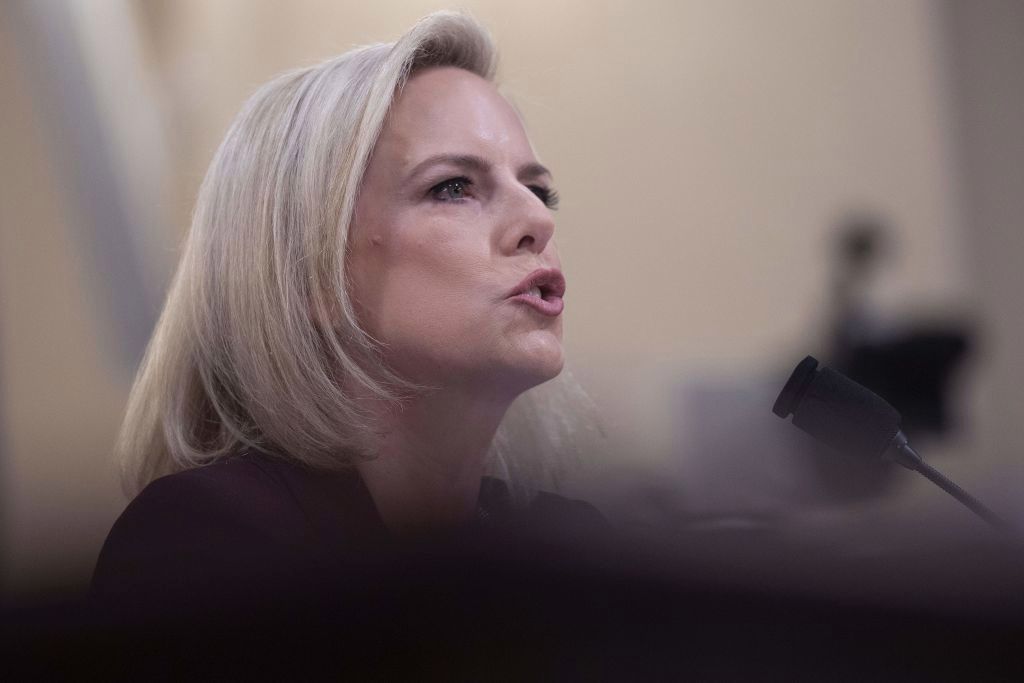 Seeking asylum in the United States is not a crime. However, under the Trump administration, asylum seekers from several Central American countries have been turned away at ports of entry. In some cases, they are forced to remain in Mexico while they await their cases in U.S. immigration court.

Barragan challenged Nielsen about that practice, and questioned whether she was even aware of its existence.

“You testified that asylum-seekers are not being turned away at the ports of entry. Was that your testimony here today?” Barragan asked.

“They are not turned away. They are brought in,” Nielsen said. “They are allowed to make their claim.”

Barragan pounced. “Okay. Let me tell you, Madam Secretary,” she replied, “either you’re lying to this committee or you don’t know what’s happening at the border. I have been there firsthand, and I have seen it twice.”

Barragan, who represents parts of Compton and Long Beach, explained that she and her mother had allegedly witnessed a Honduran man being turned away from applying for asylum at the Pedwest border crossing near San Diego. Customs and Border Protection (CBP) allegedly did not tell the man where to go to be put on a list or to obtain access to counsel.

“[CBP doesn’t] want the American people knowing what is happening at that Southern Border,” Barragan claimed.

In December, Barragan and fellow California Rep. Jimmy Gomez (D) were caged together overnight with a group of 15 asylum seekers at the Otay Mesa port of entry near San Diego in order to observe how detained migrants are treated when attempting to claim asylum.

CBP agents told the representatives repeatedly that their group could not be processed that day due to “capacity issues,” but would not provide proof to support that claim. The group was eventually processed the next day.

According to Barragan and Gomez, CBP agents routinely gave them a hard time throughout the process, making snide comments and jokes at the expense of the asylum seekers.

“And then we wonder why asylum seekers are not treated with dignity and respect,” Barragan tweeted. “It makes me sick.”

In spite of this, migrants are routinely turned away, told to come back a different time, or told to travel to a separate port of entry to apply for asylum elsewhere. The Trump administration has implemented a process of “metering” asylum applications at the border, letting in only a small number of migrants in each day, despite the fact that denying individuals the right to apply for asylum is major violation of international human rights.

The back-and-forth between Barragan and Nielsen on Wednesday was part of a larger hearing on the administration’s troubling immigration practices, including the family separation policy implemented last spring.

Democrats were quick to question Nielsen specifically on the agency’s policy of detaining migrant children inside chain-link fencing before processing them into longer-term detention facilities.

“[Do these cages] differ from the cages you put your dogs in when you let them stay outside?” Rep. Coleman Watson (D-NJ) asked at one point. Nielsen responded with a yes.

“In what sense?” the congresswoman pressed.

“It’s larger,” Nielsen said. “It has facilities. It provides room to sit, stand, lie down.”

“So did my dog’s cage,” Coleman Watson said.