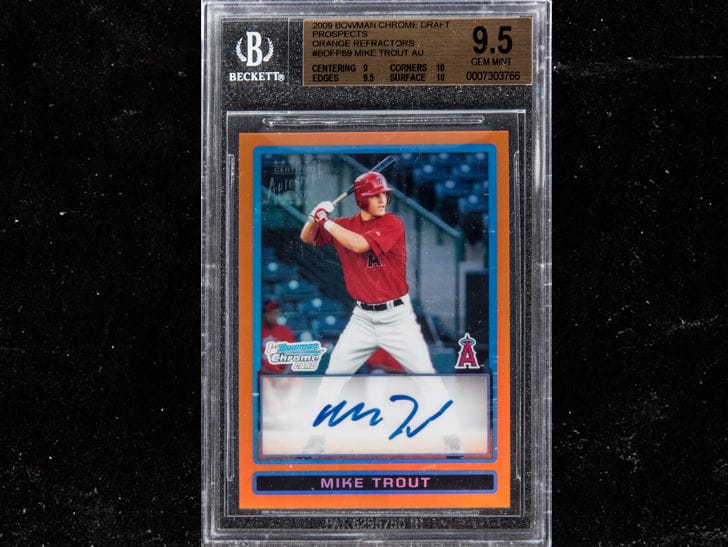 Mike Trout has officially reached legendary status … ’cause after just 8 seasons in the MLB — his rookie card just sold for an INSANE $186,000!!!

Okay … it ain’t just your average rookie card — it’s signed AND numbered to only 25 … but that price puts the Trout RC in ultra-rare air.

And, if you really want perspective on how insane that price is for Trout’s card … a similar Tom Brady autographed RC famously just sold for $400,000 — AND HE’S THE G.O.A.T.!!! 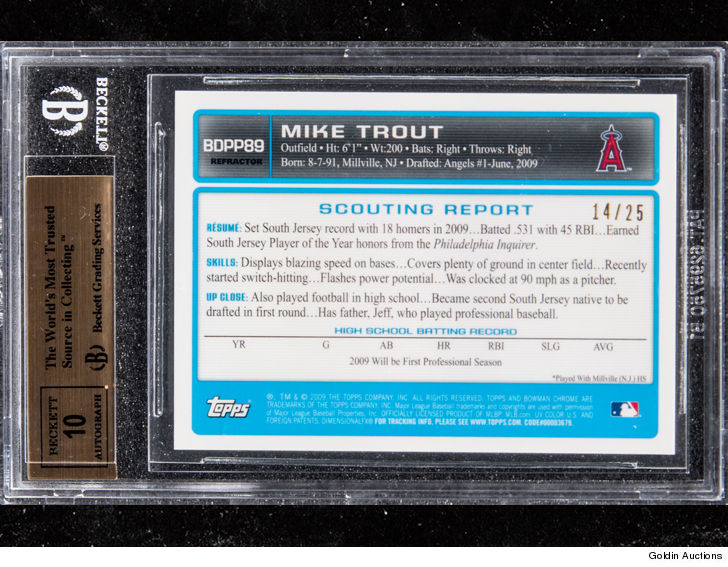 Good news for everyone … there are 24 more of these Trout cards still out in existence — which means it’s time to get Mom to search through that childhood collection one more time!!!