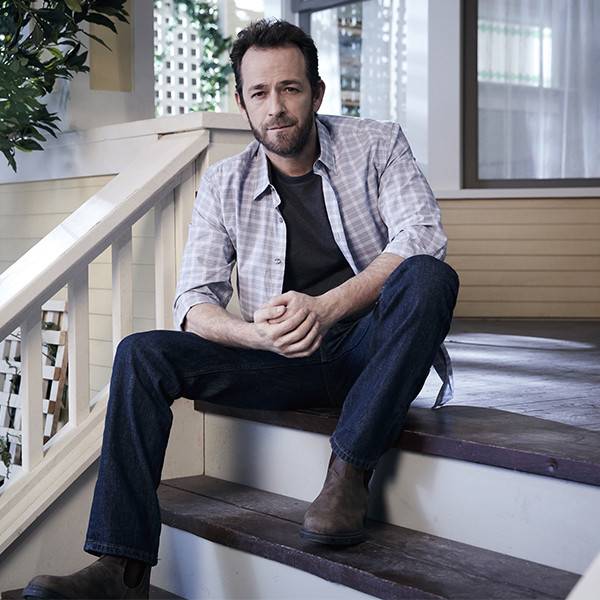 Luke Perry‘s son will not be partaking in a wrestling match following the Riverdale star’s death.

Bar Wrestling announced on Twitter that Jack Perry, who goes by the moniker Jungle Boy, “will no longer be wrestling at our March 13th show.” The organization added, “Our thoughts and prayers are with him and his family at this time.”

Luke Perry died on Monday due to complications from a stroke that he had on Feb. 27. E! News learned that the 52-year-old was surrounded by his kids Jack and Sophie as well as his fiancée Wendy Madison Bauer, ex-wife Minnie Sharp, mother Ann Bennett, step-father Steve Bennett, brother Tom Perry, sister Amy Coder and other loved ones at the time of his death.

The actor’s rep told E! News in a statement on Monday, “The family appreciates the outpouring of support and prayers that have been extended to Luke from around the world, and respectfully request privacy in this time of great mourning.”

His Riverdale and Beverly Hills 90210 co-stars as well as fellow celebrities took to Twitter on Monday to praise and honor the actor.

Even those who met him briefly shared anecdotes about the actor and his influence on them. Tom Hanks son Colin Hanks, for instance, wrote a story on Instagram that explained a time they were on a plane together and Luke quieted down kids who had been screaming for hours on end.

CW, the network that airs Riverdale, said in a statement on Monday, “We are deeply saddened to learn today about the passing of Luke Perry. A beloved member of the Riverdale, Warner Bros. and CW family, Luke was everything you would hope he would be: an incredibly caring, consummate professional with a giant heart, and a true friend to all. A father figure and mentor to the show’s young cast, Luke was incredibly generous, and he infused the set with love and kindness. Our thoughts are with Luke’s family during this most difficult time.”

Lili Reinhart, who plays Betty Cooper on the show, wrote on Twitter, “I’m finding it hard to grasp that he will no longer be around to give long hugs and share his wisdom and kindness with all of us. I’m thinking of his family. His children. I pray for them to heal and find peace in this devastating loss.”

Unfortunately Jungle Boy will no longer be wrestling at our March 13th show. Our thoughts and prayers are with him and his family at this time. pic.twitter.com/7FkFGZq20a

On Tuesday, Sophie Perry made her first statement on social media about her dad’s death. She posted a photo of the two of them smiling and standing on the grass with horses in the background.

“A lot has happened in this past week for me. Everything is happening so fast. I made it back from Malawi just in time to be here with my family, And in the past 24 hours I have received an overwhelming amount of love and support,” she wrote. “I cannot individually respond to the hundreds of beautiful and heartfelt messages, but I see them, and appreciate you all for sending positivity to my family and I.”

Sophie continued, “I’m not really sure what to say or do in this situation, it’s something you aren’t ever given a lesson on how to handle, especially when it’s all happening in the public eye. So bear with me and know that I am grateful for all the love. Just, being grateful quietly.”

Our thoughts go out to Perry’s family at this difficult time.