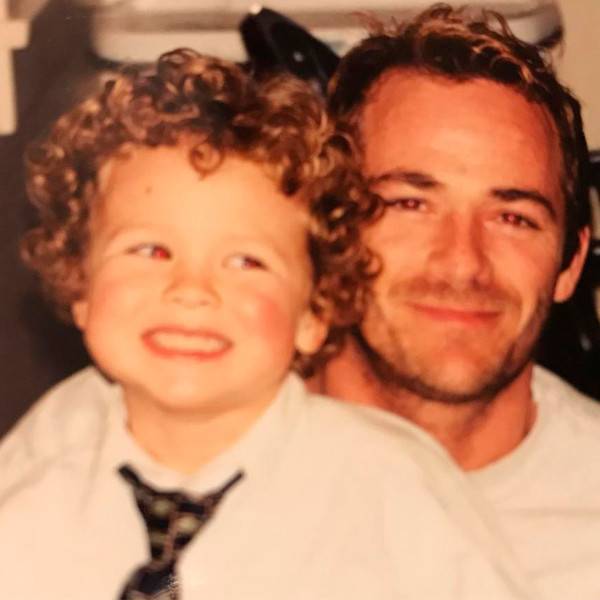 Jack Perry is breaking his silence after the death of his father, Luke Perry.

It’s been two days since the Beverly Hills, 90210 star died from complications of a stroke and his son is speaking out about the devastating loss. Jack, the eldest of the Perry family, writes on Instagram, “He was a lot of things to a lot of people. To me, he was always Dad.”

In a part of the message addressed to his father, he says, “I’ve learned so much from you, and my heart is broken thinking about everything you won’t be here for. I’ll miss you every day that I walk this earth. I’ll do whatever I can to carry on your legacy and make you proud.”

The Perry family continues to grapple with the loss of the Riverdale star. The unexpected death has brought their lives to a standstill, with Jack cancelling upcoming wrestling matches and his sister Sophie Perry rushing home from a humanitarian trip in Malawi.

Sophie has also expressed her deep sorrow over the 52-year-old’s death and thanked the countless number of people who have offered their love and support. “In the past 24 hours I have received an overwhelming amount of love and support,” she wrote on her Instagram on Tuesday. “I cannot individually respond to the hundreds of beautiful and heartfelt messages, but I see them, and appreciate you all for sending positivity to my family and I.”

Both Jack and Sophie were with their father when he died, days after suffering a stroke, as well as his fiancé Wendy Madison Bauer, ex-wife Minnie Sharp, mother Ann Bennett, step-father Steve Bennett, brother Tom Perry, sister Amy Coder and other close family and friends.

“The family appreciates the outpouring of support and prayers that have been extended to Luke from around the world, and respectfully request privacy in this time of great mourning,” his rep told E! News in a statement following his death. “No further details will be released at this time.”

Our thoughts go out to the Perry family.