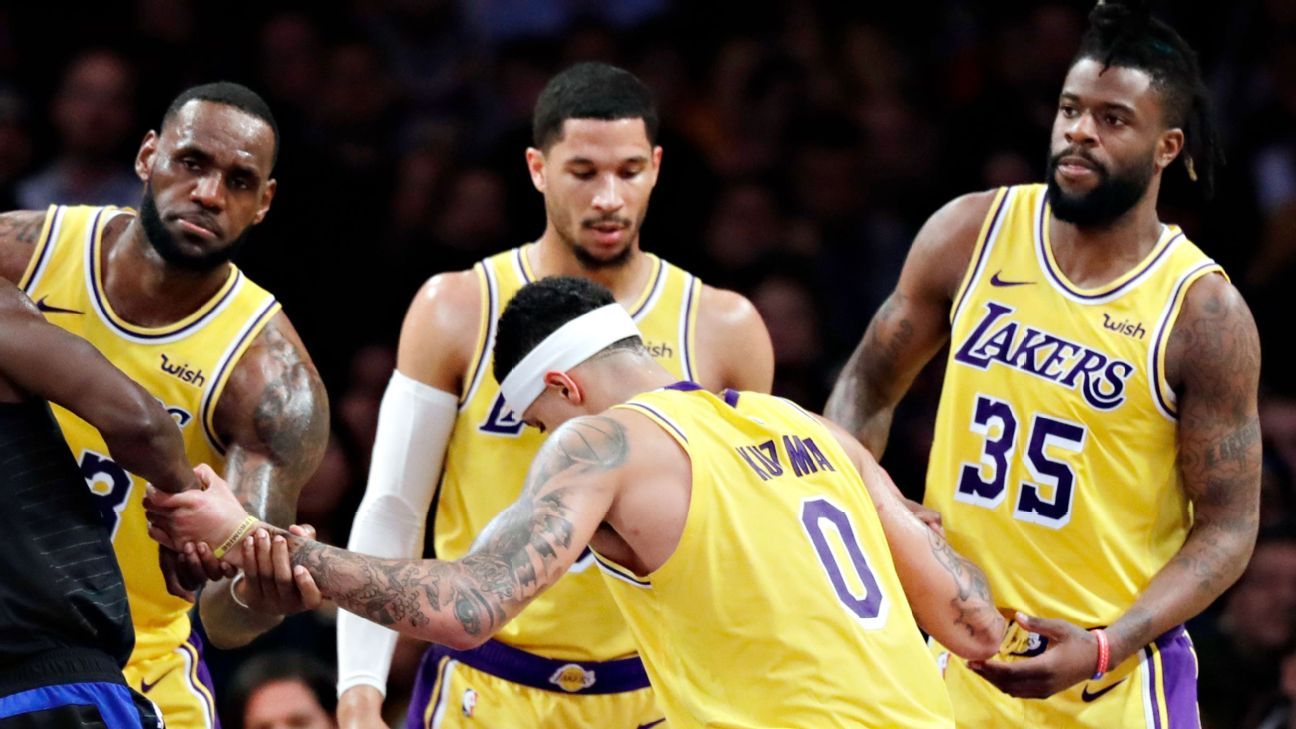 Los Angeles Lakers forward Kyle Kuzma could miss up to one week after an MRI revealed a minor ankle sprain, the team announced Tuesday.

Kuzma suffered the injury in the fourth quarter of Monday’s loss to the Los Angeles Clippers 113-105, when he appeared to roll his right ankle and then limp off the floor.

Kuzma has already been ruled out of Wednesday’s game against the Denver Nuggets. Brandon Ingram (shoulder), Tyson Chandler (neck) and Lance Stephenson (toe) are listed as questionable.

Through 60 games for the Lakers this season, Kuzma is the team’s second-leading scorer and is averaging career-highs in points (18.8), field goal percentage (46.5 percent), free-throw percentage (76.1 percent) and assists (2.5).

In February, he averaged 20.7 points per game on 50 percent shooting from the field.