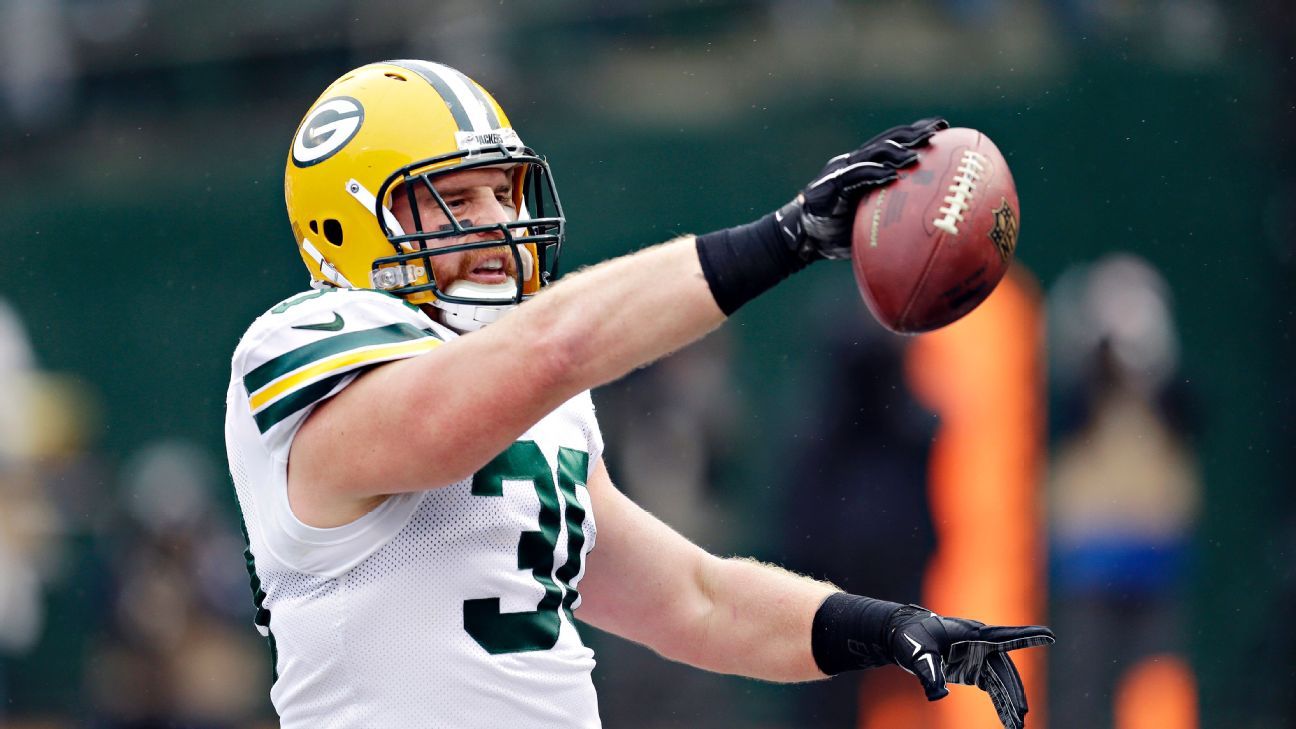 Fullback John Kuhn, who played nine of his 12 NFL seasons with the Green Bay Packers, is retiring as a member of the team.

The Packers made the announcement Wednesday.

“John was a terrific football player and tremendous teammate who contributed to many years of success for the Packers,” general manager Brian Gutekunst said in a statement. “He was a true professional whose work ethic and leadership set a great example both on the field and in the locker room. We want to thank John and his family for all they did for the Packers and in the community as well as wish them nothing but the best.”

Kuhn was selected to three Pro Bowls during his time with the Packers and played in 139 regular-season games with the team, the second most in franchise history by a running back. Fullback William Henderson played the most regular-season games with 188. Kuhn was a member of the Packers team that defeated the Pittsburgh Steelers, his original team, in Super Bowl XLV. His seven postseason touchdowns are the second most in Packers franchise history.

Kuhn, 36, last played in the NFL in 2017 with the New Orleans Saints. He didn’t play last season.

He finishes his career with 658 rushing yards rushing and 642 yards receiving and 28 touchdowns (19 rushing, 9 receiving) in 166 games for the Steelers, Packers and Saints.