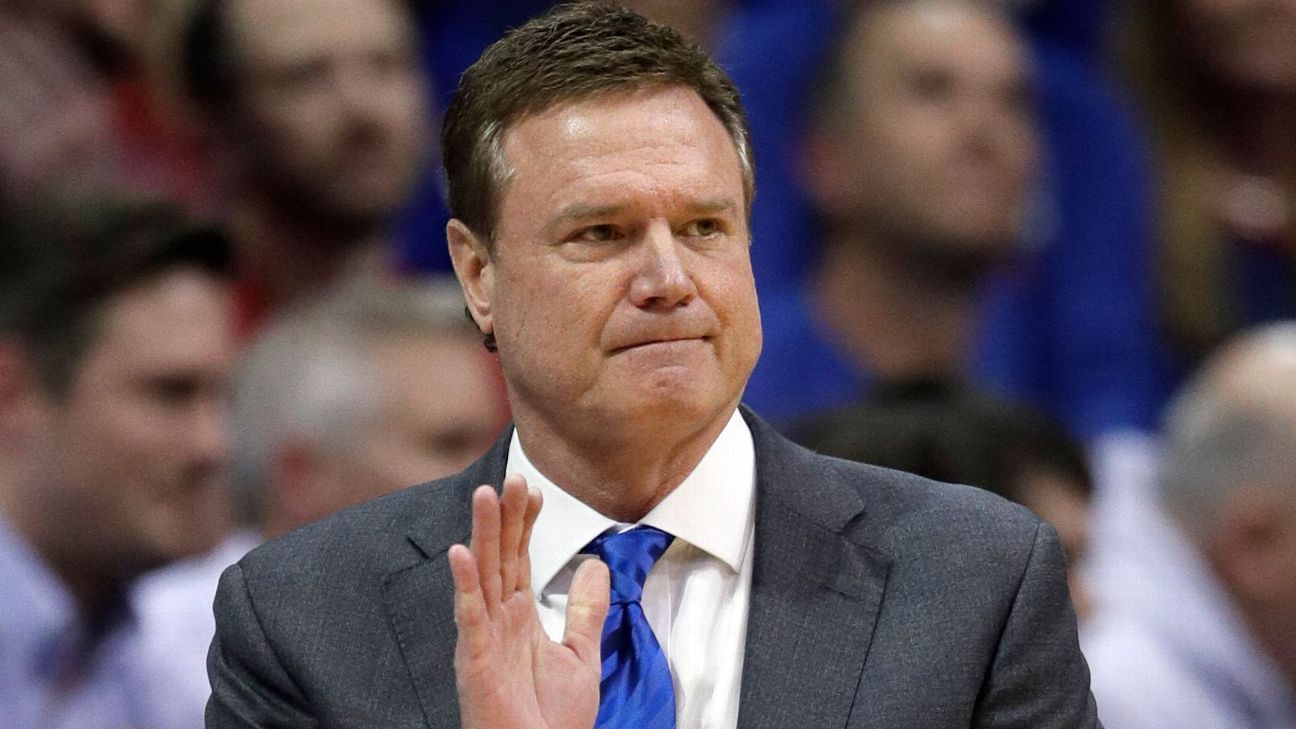 The Streak is over.

Kansas‘ streak of 14 consecutive Big 12 regular-season championships came to an end on Tuesday night, as the Jayhawks’ 81-68 loss at Oklahoma mathematically eliminated them from the title race

Texas Tech and Kansas State are both 13-4 in conference play, while Kansas dropped to 11-6 with Tuesday’s loss. All three teams have one game remaining before the Big 12 conference tournament.

Bill Self’s first Big 12 championship came in his second season in Lawrence, back in 2004-05. The Jayhawks split the title with Oklahoma that season, the first of four shared titles during the 14-year streak. With Texas Tech and Kansas State both guaranteed to finish ahead of the Jayhawks, this will be the lowest Self has finished since arriving at Kansas in 2003. In his first season at the helm, Kansas finished tied for second place, two games back of Oklahoma State.

Baylor coach Scott Drew, who arrived in the Big 12 the same year as Self, told ESPN on Tuesday night that the sheer consistency amid all the turnover in college basketball is the most impressive aspect to Kansas’ reign atop the league.

“You have transfers, guys going to the NBA, injuries and they’ve been able to win 14 in a row with that happening,” Drew said. “That’s a streak in the power five that will never be broken.”

Kansas was picked No. 1 in the country in the preseason and was the overwhelming favorite to win its 15th straight title. But inconsistency away from home along with a season-ending injury to center Udoka Azubuike in January and starting guard Lagerald Vick taking a leave of absence in February meant the Jayhawks had work to do down the stretch in order to keep the streak going. However, Kansas finished just 3-6 on the road in Big 12 play, the Jayhawks’ worst record away from home since Self took over.

With Texas Tech winning eight in a row and Kansas State starting Big 12 play with nine wins in 11 games, the Jayhawks simply couldn’t keep up. After those two teams won on Monday, Kansas needed to win its final two games and have both the Red Raiders and Wildcats lose this weekend.

Oklahoma ended those hopes on Tuesday night, though, in a game that was never really competitive. The Sooners jumped out to a double-digit lead in the first four and a half minutes, and Kansas would only cut it to single-digits for 19 seconds the rest of the game. Kansas shot 40.9 percent from the field and 22.6 percent from 3-point range, turning the ball over 15 times.