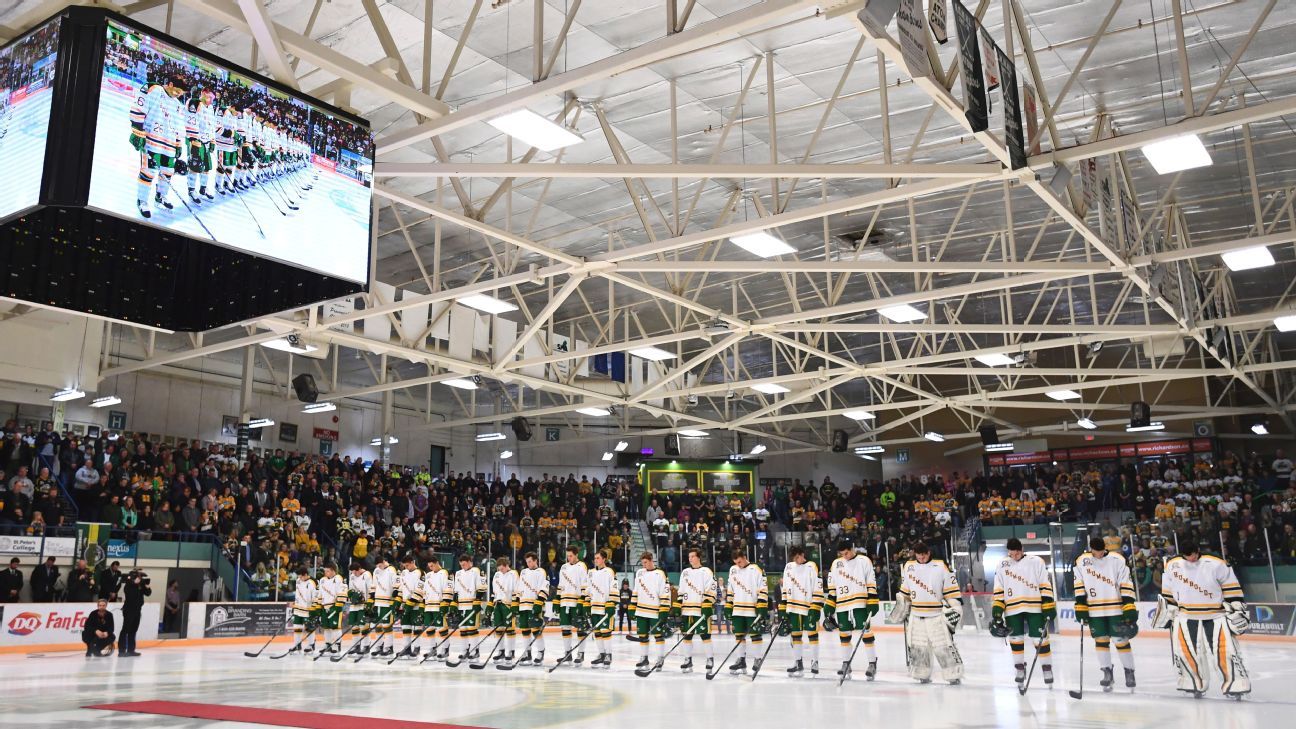 Eleven months after their fatal bus crash, the Humboldt Broncos are returning to the playoffs.

The Broncos (35-19-3) finished in sixth place in the 12-team Saskatchewan Junior Hockey League to qualify for the postseason; they will play the Estevan Bruins in the first round, which begins on March 15.

The Broncos, a junior hockey team of 16 to 21-year-olds, were en route to a playoff game last April 6 in Saskatchewan when their team bus crashed into a semi-truck at a rural intersection. The bus driver, the team’s coach and general manager and 10 players were among the 16 killed. Thirteen others were injured.

The driver of the truck that hit the bus, Jaskirat Singh Sidhu, pleaded guilty to all 29 counts of dangerous driving that he faced.

Only two surviving players — Brayden Camrud and Derek Patter — returned to the team this season. The program was rebuilt after tryouts this past summer.

It hasn’t been an easy year for the Broncos as the community continues to heal. Former NHL player Nathan Ostryk, who was hired as the new GM and coach in July, stepped down from the team in late December.

Scott Barney has been serving as interim coach.

Earlier in the week, defenseman Morgan Gobeil became the final Humboldt Bronco to be released from the hospital. The 19-year-old had been recovering from a serious head injury. Gobeil remains unable to walk or talk. His family released a stament which noted: “During his time at the hospital, Morgan has celebrated his high school graduation, his brother’s wedding, his 19th birthday, several holidays and he has witnessed the change of all four seasons.”

Kaleb Dahlgren, another surviving player on the team, went on to enroll at York University this season where he is a member of the hockey team. Meanwhile defenseman Ryan Straschnitzki and goalie Jacob Wassermann were both paralyzed in the crash and have shifted their focus to sled hockey.

“Pretty much the second I woke up from the hospital, I decided I wanted to try sled hockey,” Wassermann told ESPN in November. “And I was going to start as soon as possible.”

The players reunited on the ice for the first time in November during a sled hockey exhibition at intermission of a Colorado Avalanche game.