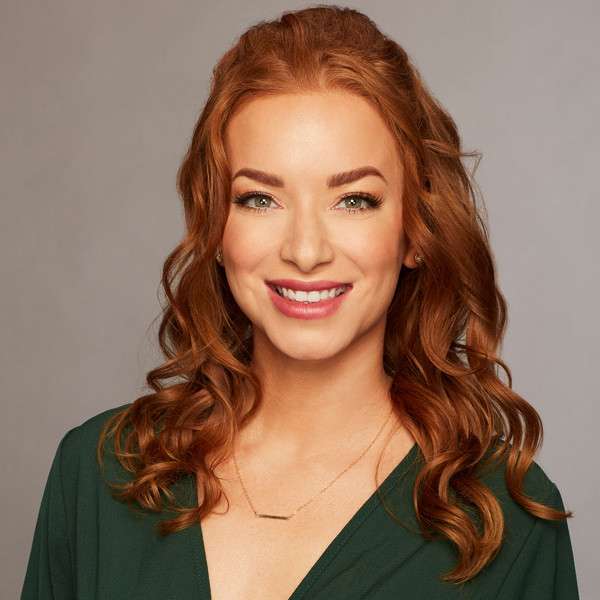 Colton Underwood reunited with his exes on Tuesday’s episode of The Bachelor: The Women Tell All—but fans quickly noticed one of the former contestants was missing.

Elyse Dehlbom, who left the show on her own accord earlier this season, was notably absent from the episode. However, it looks like the fan favorite had a good excuse. The makeup artist from Soldotna, Alaska took to Instagram the night The Women Tell All aired and explained she had been at a friend’s wedding the day it filmed in February. She even shared a video of herself getting smacked in the face during the bouquet toss.

“Women Tell All airs tonight!” she wrote on Instagram alongside the clip. “I would have loved to reconnect with the cast, @coltonunderwood and the incredible @bachelorabc team…But I was too busy getting slapped in the face by the potential for my own happily ever after.”

Her fellow contestant Onyeka Ehie also seemed to back up the story.

“She’s at a wedding!” Ehie told Entertainment Tonight the night of the taping, later explaining it was for the nuptials of one of Dehlbom’s best friends.

“She was in the wedding in Mexico,” she continued. “This wedding was like, before the show even aired or started filming. She was like, ‘I have a wedding this weekend in February. I have a feeling Women Tell All is gonna be then.'”

Still, Dehlbom didn’t leave her fans hanging and reflected on her Bachelor experience.

“First off, I learned more about myself and what I want from a partner in the weeks on this show than I have in quite some time,” she wrote on Instagram. “It challenged me in ways I never expected. It afforded me the opportunity to take a long look in the mirror and see what I needed to work on, to be the type of person that my future husband deserves.”

She also looked back on the night she left Underwood in Thailand during week five.

“I left in a lot of tears, and a dress that while I loved may have looked a bit like a wedding gown,” she wrote. “However, I have absolutely no doubts that I was supposed to be on this season of The Bachelor. To challenge myself…To form amazing friendships.. To meet Colton, a man I think the world of, and on our date to share the experience of giving back to such deserving children.”

Overall, the season 23 star seemed grateful for the opportunity.

Still, she admitted the experience wasn’t an easy one.

“This has easily been one of the most challenging experiences I have gone through,” Dehlbom continued, “but with all challenges there is an opportunity for growth.”

It’s too early to tell how Underwood’s season will end after Cassie Randolph‘s emotional exit. So, fans will just have to tune in.

Meanwhile, some fans are already speculating on who will appear on the next season of Bachelor in Paradise and The Bachelorette. To see our predictions, click here and here.