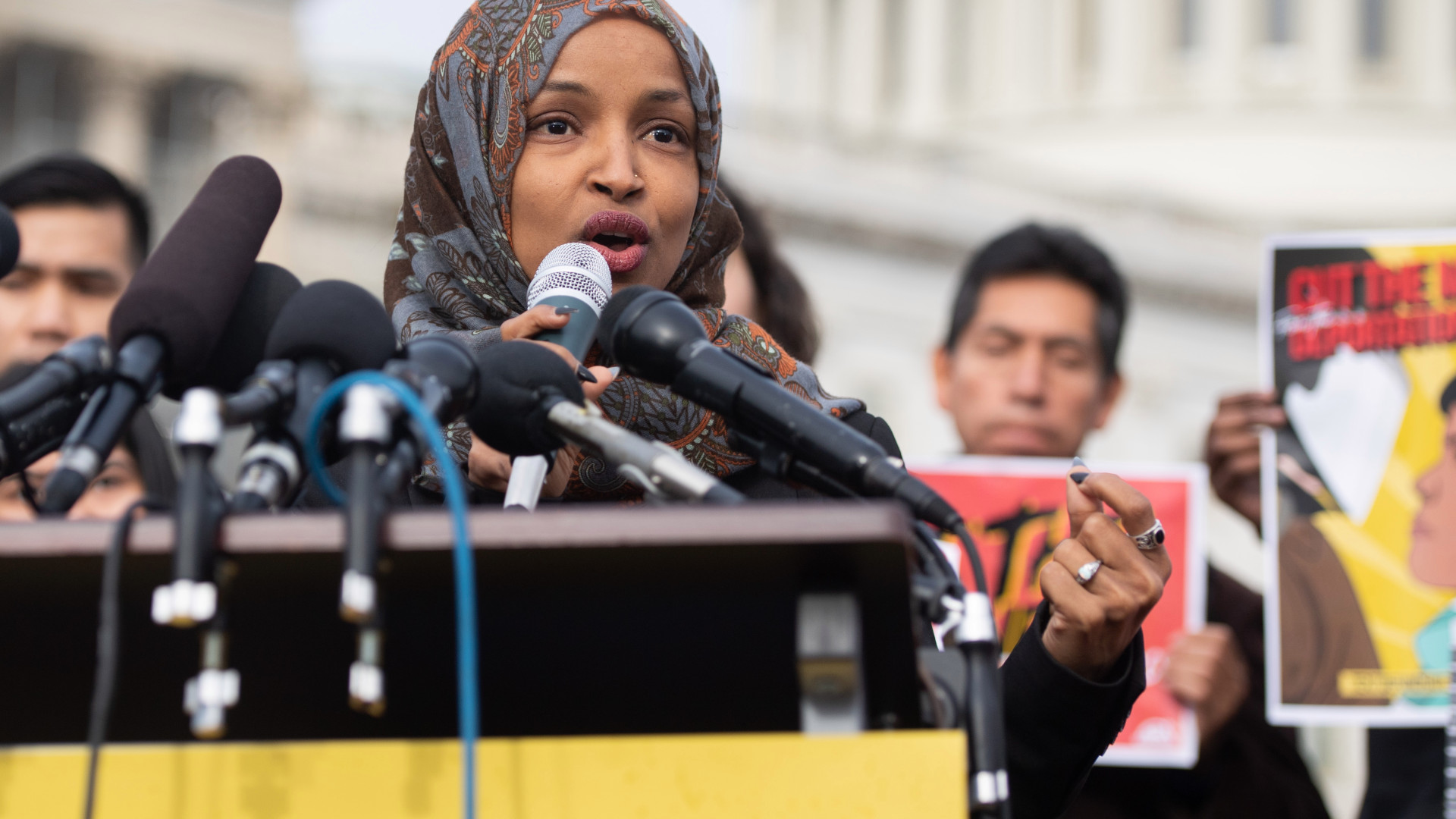 The House of Representatives is poised to vote on a resolution “condemning anti-Semitism” Wednesday in response to remarks that Rep. Ilhan Omar (D-MN) recently made about Israel.

House Speaker Nancy Pelosi (D-CA), along with other Democrats, drafted the four-page-long resolution that details the history of anti-Semitism in the United States and specifically condemns the “myth of dual loyalty.” The resolution does not mention Omar by name, an issue that reportedly was the subject of internal dispute among Democrats.

The move was initiated after Omar, the first Somali-American in Congress, and, along with Rep. Rashida Tlaib (D-MI), the first Muslim woman in Congress, spoke at an event in Washington, D.C. last week, decrying “political influence” that pushed lawmakers to pledge their allegiance to “foreign countr[ies].”

“I want to talk about the political influence in this country that says it is okay for people to push for allegiance to a foreign country,” said Omar.

In a letter to Pelosi Monday, Anti-Defamation League CEO Jonathan Greenblatt outlined his concerns about Omar’s comments, writing, “Accusing Jews of having allegiance to a foreign government has long been a vile anti-Semitic slur that has been used to harass, marginalize, and persecute the Jewish people for centuries. Sometimes referred to as the ‘dual loyalty’ charge, it alleges that Jews should be suspected of being disloyal neighbors or citizens because their true allegiance is to their co-religionists around the world or to a secret and immoral Jewish agenda.”

Omar doubled down on her statements later, tweeting, “I am told everyday that I am anti-American if I am not pro-Israel. I find that to be problematic and I am not alone. I just happen to be willing to speak up on it and open myself to attacks.”

The resolution is the latest in a line of criticisms pushed by Republicans and some Democrats over Omar’s supposedly anti-Semitic stances. Earlier in January, the congresswoman, a newly appointed member on the House Foreign Affairs Committee, apologized after a years-old tweet claiming “Israel [had] hypnotized the world” resurfaced, sparking backlash.

“Anti-Semitism has no place in Congress and certainly not on the House Foreign Affairs Committee,” House Majority Leader Kevin McCarthy (R-CA) said at the time. “I am deeply disappointed in Speaker Pelosi’s choice, a choice that threatens the Committee’s long history of bipartisan support for Israel.”

Omar later called her choice of words “unfortunate” and said she did not know they were offensive when she first used them.

In February, Omar came under fire again, this time from her own party, after she criticized lawmakers who she said were influenced by pro-Israel lobbying groups, such as AIPAC. The statements provoked a sharp rebuke from Pelosi and other Democratic leaders, who called Omar’s comments “deeply offensive.”

“We condemn these remarks and we call upon Congresswoman Omar to immediately apologize for these hurtful comments,” they said.

Republicans, including President Donald Trump, have used Omar’s most recent misstep to call for Pelosi to remove her from the Foreign Affairs Committee.

“Representative Ilhan Omar is again under fire for her terrible comments concerning Israel,” Trump tweeted late Monday night. “Jewish groups have just sent a petition to Speaker Pelosi asking her to remove Omar from the Foreign Relations Committee. A dark day for Israel!”

Representative Ilhan Omar is again under fire for her terrible comments concerning Israel. Jewish groups have just sent a petition to Speaker Pelosi asking her to remove Omar from Foreign Relations Committee. A dark day for Israel!

“It’s Nancy Pelosi, the Anti-Defamation League, the Jewish Policy Center have all called her statements offensive and prejudiced. Do the Democrats have a problem with anti-Semitism?”

“To be fair I want to applaud the Democrats who’ve taken a stand against Rep. Omar,” Dan Bongino, Watters’ guest, responded. “This is clearly an anti-Semitic trope…. If we had accused Rep. Omar of dual loyalty to a Middle Eastern country…we would be accused of Islamophobia immediately.”

Several members of Omar’s own party have indeed criticized Omar for her most recent remarks, as Bongino stated Monday night.

In a statement on Friday, Rep. Eliot Engel (D-NY) said he welcomed debate, but said he believes it is “unacceptable and deeply offensive to call into question the loyalty of fellow American citizens because of their political views, including support for the US-Israel relationship.”

“[Omar’s] comments were outrageous and deeply hurtful, and I ask that she retract them, apologize, and commit to making her case on policy issues without resorting to attacks that have no place in the Foreign Affairs Committee or the House of Representatives,” he said.

“Lawmakers must be able to debate [without] prejudice or bigotry,” Lowey tweeted Saturday. “I urge [Omar] to retract this statement and engage in further dialogue with the Jewish community on why these comments are so hurtful.”

Omar answered those criticisms on Sunday.

“Our democracy is built on debate, Congresswoman!” she tweeted, in response to Lowey’s comments. “I should not be expected to have allegiance/pledge support to a foreign country in order to serve my country in Congress or serve on committee. The people of the 5th elected me to serve their interest. I am sure we agree on that!”

“I don’t ever want you to worry about me. I am fine. I know what my mission is. I know what my purpose is. I know that as long as I breathe that I will continue to make people uncomfortable in the best way possible” @IlhanMN is strong but we will NOT be silent #StandWithIlhan pic.twitter.com/x2oXdN4w5N

In a video posted to Twitter just after midnight Tuesday, Omar reassured supporters troubled by the backlash, saying she was “fine” and knows “what [her] mission is.”

“I know that as long as I breathe that I will continue to make people uncomfortable in the best way possible,” she said.

This article has been updated to add information about Wednesday’s House vote on the resolution to condemn anti-Semitism, and to give additional context about Omar’s previous remarks.