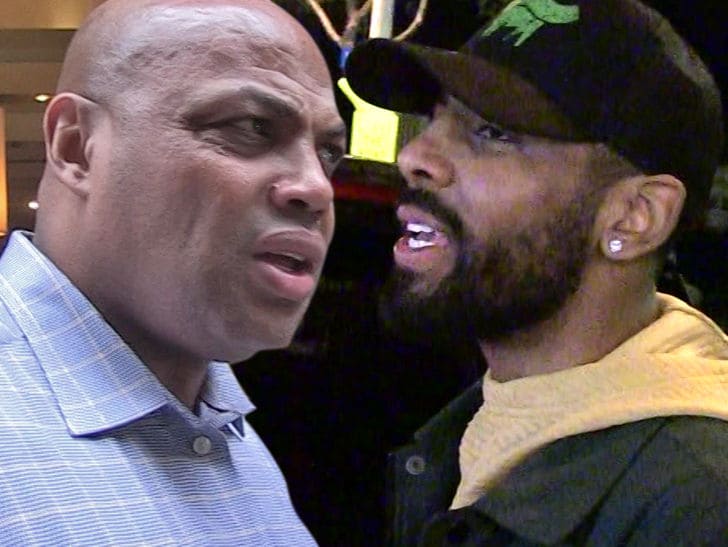 Kyrie Irving is the most miserable superstar athlete EVER … so says Charles Barkley, who CAN’T BELIEVE how big of a baby the Celtics PG has been this season.

Kyrie’s been super moody the last few weeks as Boston’s season has slowly crumbled away from the NBA Championship dreams it had in the preseason.

In fact, while he was walking into TD Garden last week and photogs were snappin’ pics of him, he said loudly, “I’m not gonna miss any of this sh*t when I am done playing.”

“I’m not gonna miss any of this sh*t when I am done playing“- Kyrie Irving pic.twitter.com/S5t3tp9NU8

NBA commish Adam Silver was asked about the star’s sensitive feelings — and others in the NBA who have seemed less than thrilled with this season — and he stuck up for his guys.

“Part of it is a direct product of social media,” Silver said … “I think those players we’re talking about, when I meet with them, what strikes me is that they are truly unhappy.”

Enter Barkley … who not only went scorched earth on Silver’s take — he went off on Kyrie too!!!

“He’s got to be one of the most miserable people I’ve ever seen.”

Charles Barkley had some words about Kyrie. pic.twitter.com/T6REMFoIW5

“I think that’s probably the stupidest thing I’ve ever heard Adam say,” Barkley said on ESPN’s “Get Up!”

“That’s the stupidest thing I ever heard any commissioner say. Listen … these guys are making $20, $30, $40 million a year. They work 6, 7 months a year. We stay at the best hotels in the world. They ain’t got no problems. That’s total bogus.”

Barkley added, “Let me tell you something else, Kyrie Irving … I’ve never seen a person so miserable.”

Charles says K.I. has absolutely ZERO right to be upset with his life … saying he’s a millionaire, he’s famous, he’s a superstar, he’s got a ring AND he’s in movies.

“He’s got to be one of the most miserable people I’ve ever seen.”

Barkley’s advice for Kyrie was simple … DEAL WITH IT!!! — ’cause as an NBA superstar, that’s just the way life goes.