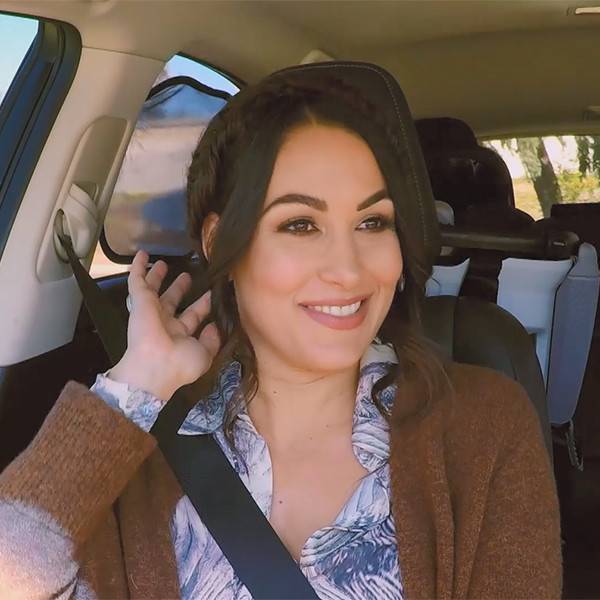 How many full-grown WWE wrestling champions does it take to un-fasten a seat belt?

More than one, apparently. At least that’s how the numbers add up in this silly clip from Sunday’s new Total Bellas, which finds Brie Bella and Daniel Bryan a whopping 26 minutes late to family cooking class. How come?

“‘Cause of your driving,” Brie tells her husband from the passenger seat. “Everyone always blames me when we’re late, but they should be blaming you ’cause usually your norm is 45 on the freeway.”

An appalled Bryan claims the accusation is “such a lie,” though he does appear to have some sense of where she’s coming from in a confessional interview moments later.

“I come from a long line of slow movers. I think it might be genetic,” he casually tells the camera. “I move slowly, I drive slowly, I even talk slow and sometimes it frustrates [Brie].”

In this case, it’s actually not just Bryan’s driving that his wife has a problem with. “Bryan moves like a sloth,” she says. “Really slow.”

Even after she takes his place in the driver’s seat, Bryan manages to apply his leisurely pace to other activities, like locating Brie’s wallet and—yep—removing his seat belt.

Count how many seconds it takes Bryan to unbuckle in the clip above!