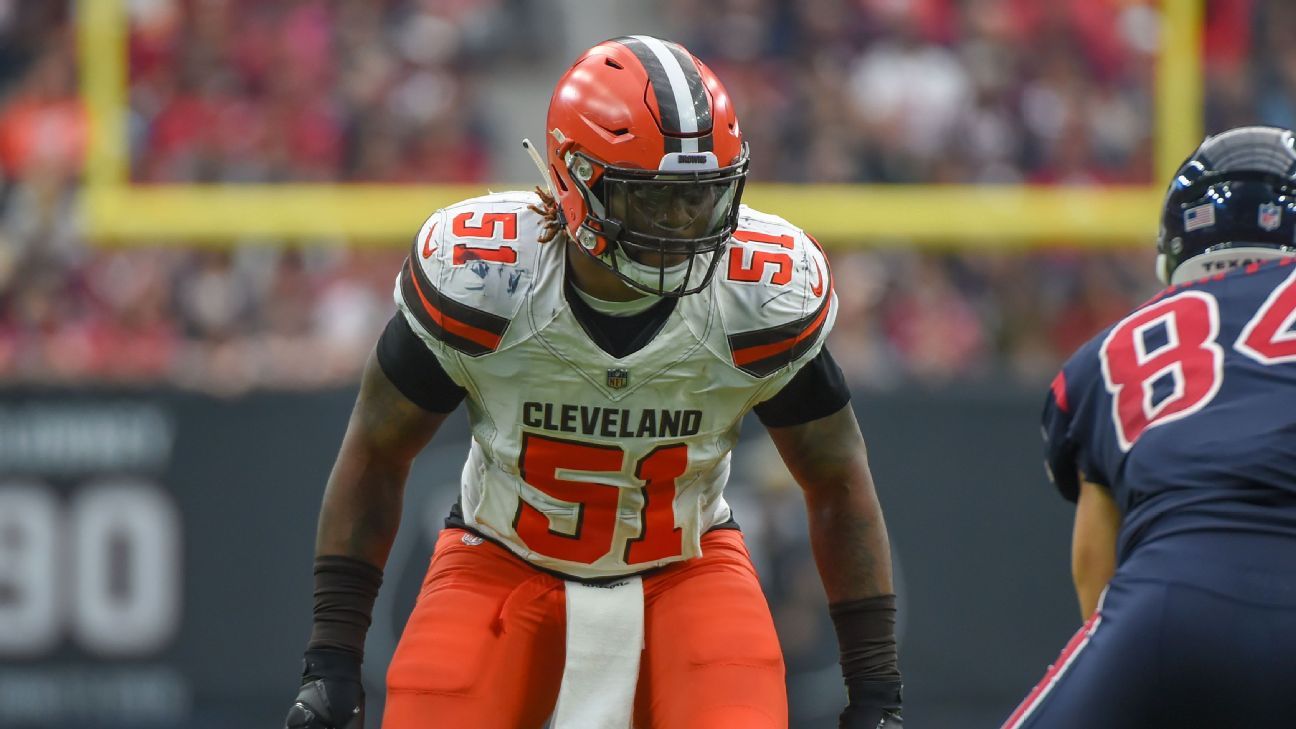 Thanks for everything @Browns 💯

The Browns traded for Collins the season after he led New England in tackles and went to the Pro Bowl. Cleveland then signed him to a four-year, $50 million contract before he hit free agency in 2017.

Collins started eight games for the Browns after the trade, but missed 10 games in 2017 after he needed surgery for a torn medial collateral ligament.

He returned to start all 16 games in 2018 and led the team in tackles with 104 (73 solo), with 4 sacks and an interception, forced fumble and a fumble recovery.

But while Collins’ play was solid, it was never spectacular. In 30 starts in Cleveland, he had seven sacks and four interceptions. But none were major game-changing plays worthy of a contract that made him one of the highest-paid linebackers in the league.