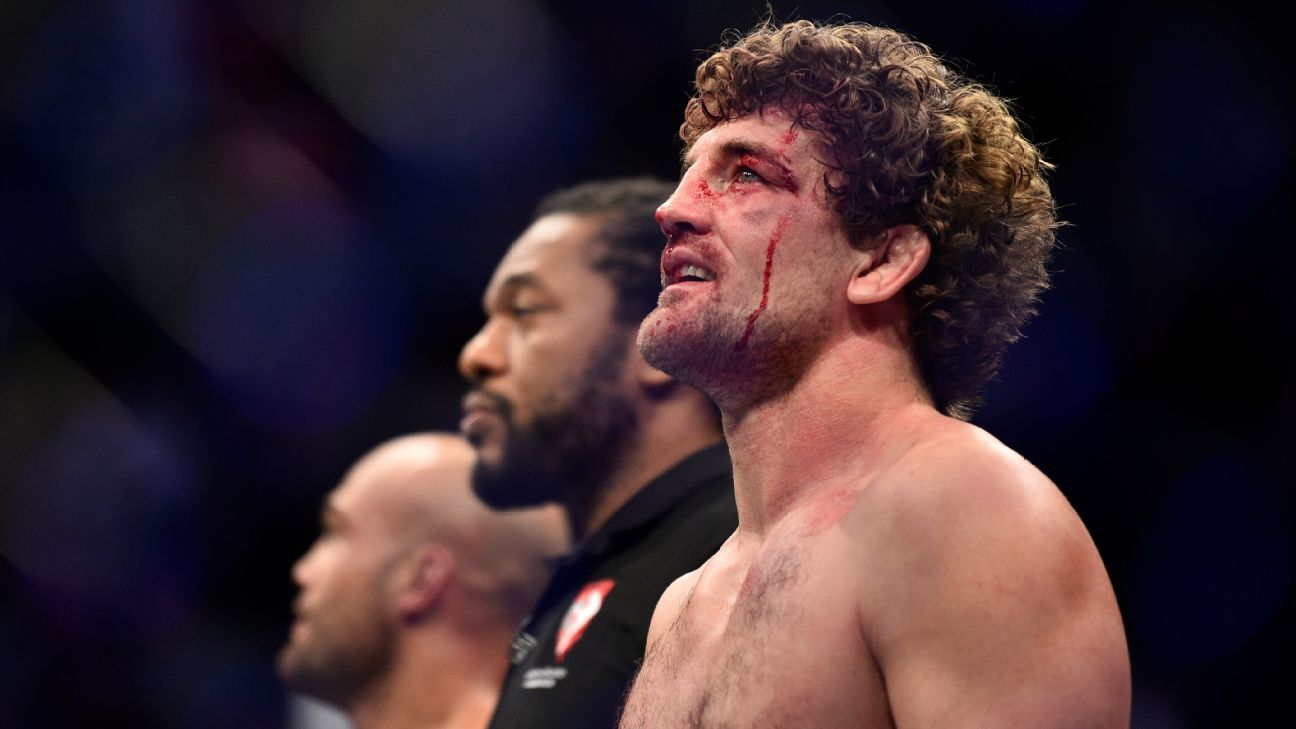 Ben Askren says if the UFC matched him up against Kamaru Usman for the welterweight title, he would want the approval of his good friend, former champion Tyron Woodley, before agreeing.

“I would consult Tyron first,” Askren told Luke Thomas on The MMA Hour. “But as long as he kind of gave his blessing, yeah. Of course.”

Askren (19-0-1) is coming off a first-round submission win against Robbie Lawler at UFC 235 on Saturday. Woodley, meanwhile, lost his UFC welterweight belt to Usman by unanimous decision in the co-main event of the same card.

And while UFC president Dana White says Usman’s next opponent will be Colby Covington, nothing is ever set in stone. Usman’s manager, Ali Abdelaziz, tweeted earlier this week he wants the matchup to be against Askren.

“If Colby gets screwed again, I’ve got no issue with that,” Askren said. “Colby is a jabronie. This was a path that I haven’t even gone down, because I didn’t really see a scenario where Tyron lost to [Usman]. So I hadn’t even started thinking this way. And now that he’s calling me out, I probably have to talk to Tyron a little bit and see where we go from there.”

Askren and Woodley were wrestling teammates at the University of Missouri. Askren does not want to block any potential route back to the belt for Woodley, and this could affect that.

White earlier this week said he wants an Askren-Lawler rematch next. Askren is aiming for the winner of Darren Till versus Jorge Masvidal on March 16 in London — unless, of course, a title fight opportunity arises.