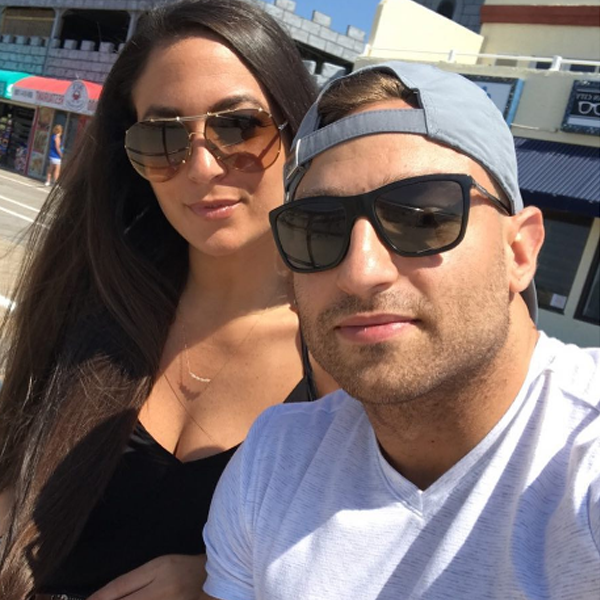 Sometimes, it’s best to know when enough is enough.

For a reality star, that can be tough. The idea of walking away from something that is so intrinsically linked to your identity, from an opportunity that would be a boon to your dormant career, it’s got to be scary. After all, we’ve all got to eat.

Yet, when MTV made the very wise decision to reunite the Jersey Shore cast for the wildly successful Family Vacation revival that began airing in the spring of 2018, one of the show’s stars made the equally wise decision to sit the whole thing out. And one can’t help but feel like if Sammi “Sweetheart” Giancola hadn’t passed up the opportunity to revisit her glory days, we might not be here today, celebrating the news of her engagement to boyfriend of two years, Christian Biscardi. After all, if Giancola had been forced to re-enter the life of ex-boyfriend Ronnie Ortiz-Magro just as it was beginning to, to steal his own term, spiral out of control, there’s no telling what might have happened.

As even the most fair weather fans of Jersey Shore‘s original 2009-12 run can tell you, the turbulent romance between Giancola and Ortiz-Magro was one of the dominating storylines that played out during those six seasons, with the pair stuck in a never-ending “break up to make up” cycle that would prove difficult to break even after cameras stopped rolling. Who will ever forget the season three blowout that saw Ortiz-Magro destroy his girlfriend’s belongings as he threw a bed that she happened to be standing on?

Though the show wrapped in 2012, the drama surrounding these two wouldn’t officially come to an end until 2016 when, after giving their romance its umpteenth chance around her 29th birthday that March, Ortiz-Magro joined the cast of E!’s Famously Single and entered into a short-lived romance with Khloe Kardashian‘s BFF Malika Haqq, leaving Giancola free to meet and eventually fall for Biscardi sometime in the spring of 2017. As she told E! News at the Fire Island premiere party that April, she was very much attracted to the fact that her new beau wasn’t in the public eye, allowing her to keep her love life private for one. “It’s refreshing,” she gushed. 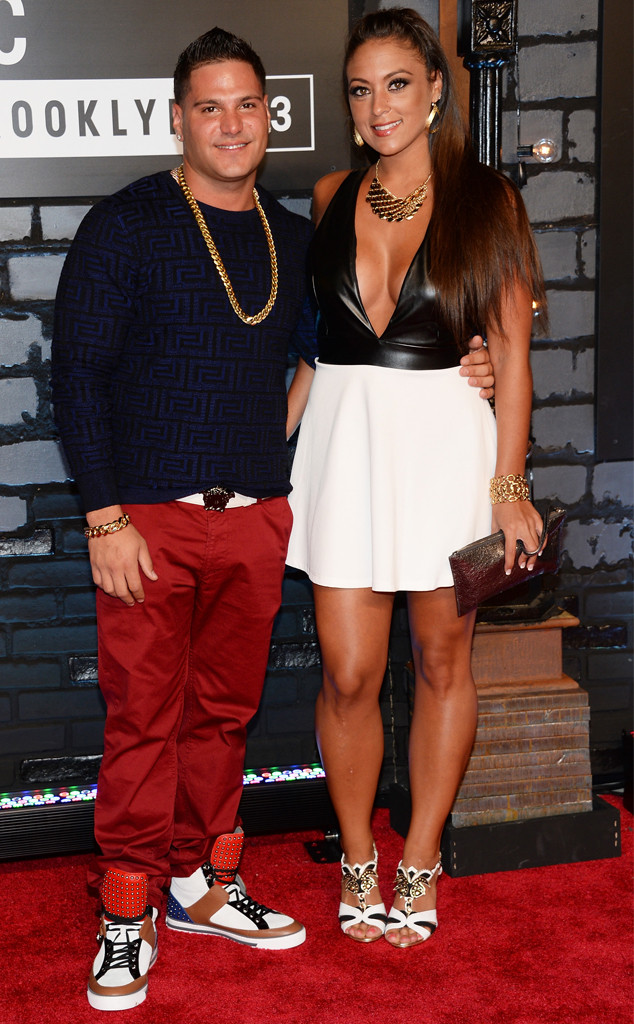 So, when MTV announced Jersey Shore: Family Vacation in November, it wasn’t much of a surprise when Giancola’s name was the only one missing from the press release. Disappointing, sure, at first blush, but not surprising. And a month later, as Ortiz-Magro was announcing that he and new girlfriend Jen Harley were expecting their first child after beginning dating sometime after his February split from Haqq, his ex-girlfriend kept conspicuously silent. Silent on his impending fatherhood, silent on the show’s revival—silent on everything.

In fact, it wouldn’t be until the week of Family Vacation‘s premiere on April 5, 2018 that Giancola would finally explain her absence. “I have chosen not to join the show this season because I am at a completely different place in my life right now focusing on my businesses and relationship,” she wrote in an Instagram post on March 30. “I am not the same person as I was when I was 22. At 31, I am currently extremely happy in every aspect of my life and want to avoid potentially TOXIC SITUATIONS.”

As she continued in the lengthy post, she admitted that the choice wasn’t one she made easily, however necessary it might have been. “However, it was a difficult decision as I love my roomies,” she said. “I’ve decided to focus on me, my future, and what truly makes me happy. I will forever be grateful to Jersey Shore and everything it has brought to me! I’ve just decided to live my life for me these days.”

And as anyone who has watched Family Vacation can attest, she made the absolute right choice.

While each of the stars returning alongside Ortiz-Magro have had their moments in Family Vacation—Deena Cortese‘s pregnancy, Mike “The Situation” Sorrentino‘s legal troubles, Jenni “JWoww” Farley‘s struggles with son Greyson’s development—the lion’s share of the drama throughout the revival’s two seasons to have already aired has belonged to his wildly troubled relationship with Farley. Not only did he admit to still being in love with Giancola as he struggled to remain faithful to Farley in season one, but season two saw the new parents’ partnership devolve into nasty fights, violent outbursts, and police reports. It’s no wonder she wanted nothing to do with that. While Ortiz-Magro wouldn’t admit that he was the reason his ex steered clear of the revival, telling Us Weekly ahead of the season one premiere, “We started this all together and I would have loved to have finished it together because now everyone thinks it’s because of me she didn’t come back, but it’s because she has a boyfriend,” the rest of his roommates weren’t afraid to say it without, you know, saying it.

“She didn’t want to be a part of it because she’s moved on with her life,” Farley told E! News. “For all of us, we never thought that this was coming back. We truly wanted it to come back, but we never thought that, so when the opportunity came, she’s just in a different place now. And she had real-life drama in this house, so I think she just didn’t want it brought up again.”

Cortese echoed her co-stars words, telling us, “She has a new boyfriend she’s very happy with. She was just over the entire situation. She grew…she didn’t really want to bring up the past.”

Of course, aside from Ortiz-Magro’s still-lingering feelings for her, Giancola’s presence was still felt in those first few Miami-based episodes of Family Vacation, courtesy of Paul “Pauly D” Delvecchio‘s creepy life-like doll replacement that even uttered some of the missing roommate’s infamous lines from the show’s original run. (Say it with us now, “Ronnnnn, stahhhhp!”) Naturally, Giancola wasn’t entirely thrilled about it. “She was like, ‘That’s just weird,'” Cortese, who gave her close pal a head’s up about it, told E! News at the show’s NYC premiere. Though, it’s got to be preferred to the alternative, which would’ve seen Giancola trying to keep a new, healthy relationship alive while being trapped in close quarters with her ex’s whole situation.

While her former roommates have once again become MTV’s biggest stars, Giancola’s kept a relatively low profile. She’s popped up in social media posts belonging to her old co-stars, photos taken at events held when cameras were most definitely not rolling, like Cortese’s baby shower, while remaining focused on her business, the online boutique Sweetheart Styles.

And it’s that devotion to a quieter life that’s allowed her to break the cycle of toxicity she found herself trapped in, leading her to the stable relationship she’d so clearly been longing for since her early days on Jersey Shore. And that’s what makes the news of Biscardi’s proposal feel all the more exciting, all the more deserved.

“I’m completely overwhelmed with happiness. Yesterday was the best day of my life! I get to marry my other half, best friend and soulmate,” she wrote on Instagram, announcing her happy news. “I look forward to spending the rest of my life with you @_biscardi I love you!! #Fiance #MrsBiscardi #Stillcryingtearsofhappiness.”

In a comment on her post, Biscardi quipped, “I love you and I’m equally thrilled that no one is going to tell me to put a ring on it 76,000 times a day!”

And while she may no longer be a current Jersey Shore cast member, the effusive reactions to her engagement courtesy of her former co-stars (at press time, Ortiz-Magro had yet to weight in) proves that she’ll always be a part of the family. Just one who’s now in control of her own destiny.