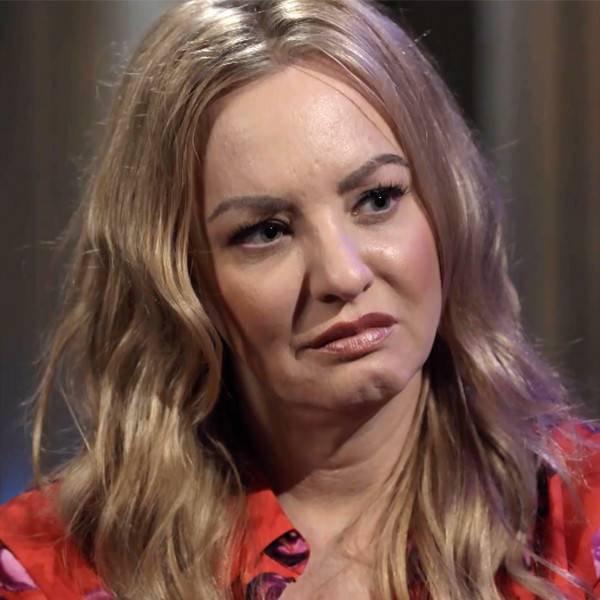 Wendi McLendon-Covey is about to get some major closure.

The Goldbergs actress is brought to tears on this week’s Hollywood Medium With Tyler Henry after asking “a big question” about a secret on her mom’s side of the family. During the reading, Tyler Henry immediately picks up on some “unresolved” issues surrounding with a male member in the family.

“Do you know of a passing happening where we weren’t able to get the details from the person who died but we found this out like later in life?” Tyler asks.

“Yep,” Wendi confirms. “Everything you’re saying I don’t think has been resolved for anyone in the family and so there is a hole there.”

“Would he have a connection to your mother?” the young clairvoyant asks. “Yes,” Wendi says.

“It almost comes through as like an apology towards your mother,” Tyler tells the Bridesmaids star. “There’s something about a passing and knowing that a passing would look a certain way, but it’s due to something else. Does that make sense from what you know?”

Yes,” Wendi confirms once again. “It would have been an uncle.”

“When it comes through with uncle, there’s a feeling of something being over the course of years. Not just like something someone does, it’s the way someone is,” Tyler tells her. “There’s something about like trying to mask it but at the end, not very well. The feeling is I’m kind of dealing with depression. If anything I feel like this person probably did a pretty good job in some context hiding what was going on. The feeling is I’m not sharing this with people.”

Tyler says the spirit of Wendi’s uncle is “placing accountability internally” on himself. “‘This is very much on me,'” Tyler relays.

See Wendi’s emotional reaction above and find out how Wendi’s reading concludes on Thursday night.