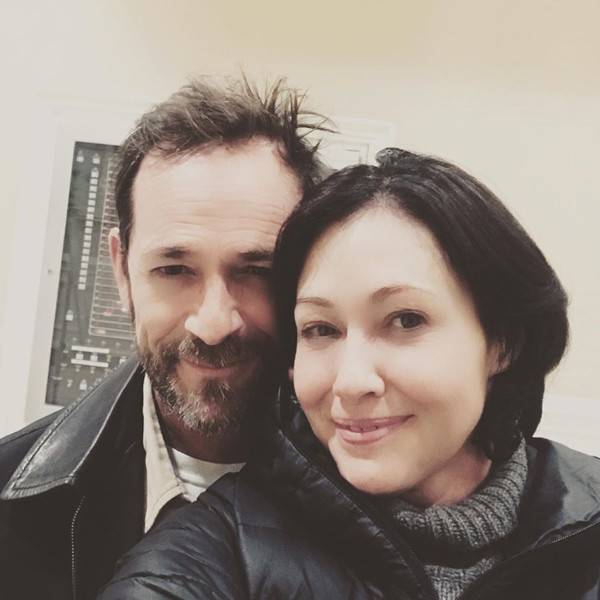 One day after E! News confirmed Luke Perry had died after suffering a stroke, one of his closest co-stars is paying tribute to the talented actor.

In an Instagram post, Shannen shared a carousel of photos with a heartfelt message to the father of two.

“Yesterday morning I got a phone call that devastated me,” Shannen shared on social media. “I’m struggling with this loss and am having a hard time with my thoughts. But, my heart goes out to his family and friends who were blessed by his light in their (and mine) lives.”

She added, “Processing this is impossible right now.”

As many pop culture fans know, Shannen and Luke starred in Beverly Hills, 90210 together for several years. While they drifted apart when the show went off the air, they reconnected after Shannen publicly revealed her breast cancer diagnosis.

“Luke was a smart, quiet, humble and complex man with a heart of gold and never-ending well of integrity and love,” she shared with People. “Luke reached out to me during my cancer journey and we picked right back up, albeit older and wiser, but that connection remained in tact.”

And while the duo wasn’t signed on to appear in the upcoming Beverly Hills, 90210 reboot, Shannen was hopeful that another opportunity would become available that would allow the pair to work together.

“There is a special kind of love one has for each other when you are experiencing the journey we did on 90210 and of course life in general. Luke and I were working on show ideas for us. We wanted to work with each other again and create something special and meaningful for our fans at this stage in our lives,” Shannen shared with the publication. “I will miss him everyday. Every minute. Every second.”

Luke passed away on Monday morning at the age of 52. He was surrounded by his family including fiancée Wendy Madison Bauer and ex-wife Minnie Sharp.

Since his passing, friends and co-stars have shared their fond memories with the actor who was currently starring on CW’s hit series Riverdale.

“The family appreciates the outpouring of support and prayers that have been extended to Luke from around the world, and respectfully request privacy in this time of great mourning,” his rep told E! News in a statement. “No further details will be released at this time.”