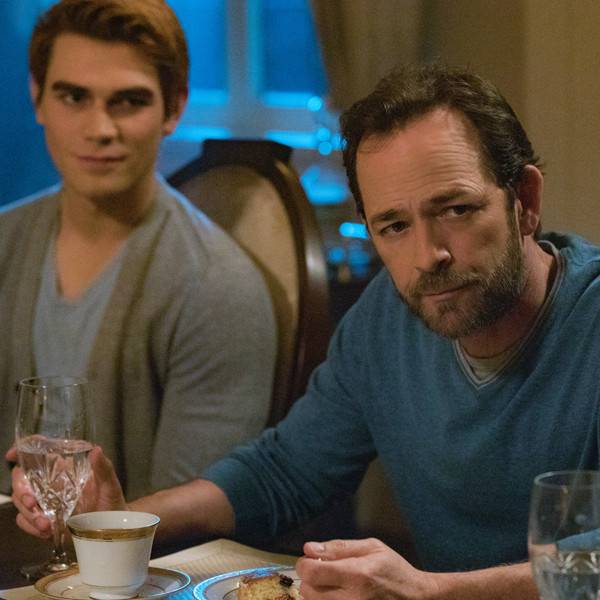 “We are deeply saddened to learn today about the passing of Luke Perry. A beloved member of the Riverdale, Warner Bros. and CW family, Luke was everything you would hope he would be: an incredibly caring, consummate professional with a giant heart, and a true friend to all. A father figure and mentor to the show’s young cast, Luke was incredibly generous, and he infused the set with love and kindness. Our thoughts are with Luke’s family during this most difficult time,” Riverdale executive producers Roberto Aguirre-Sacasa, Greg Berlanti, Sarah Schechter, Jon Goldwater, and Warner Bros. Television and The CW, said in a statement.

Perry passed away on Monday, March 4 following a stroke. Following his passing, Riverdale production was shut down and continued to be suspended on Tuesday, March 5 as the cast and crew dealt with the news. Perry was in his third season as Fred Andrews, father to Archie Andrews (KJ Apa).

Cast members issued their own statements on social media as well.

“I’m absolutely heartbroken of the news that we lost someone so incredible special. Luke had become a dear friend. We laughed. We cried. We share our showbiz war stories. We shared how proud we are as parents. I knew that he was always here for me no matter what. I’m so thankful for the time that we had together. He was an incredible loving and generous man. My thoughts and prayers are with his family right now. I will love you forever Luke,” Mädchen Amick posted.

“I can’t even begin to express the shock and sorrow I feel by the untimely death of my friend Luke Perry. He was one of the kindest, caring souls I’ve ever worked with. An incredible committed and proud father to his kids and a constant loyal friend to those he loved. I consider myself so lucky to have counted myself among them. With the many other people who adored him, his loss will be felt for a long long time. I miss him terribly,” Molly Ringwald, who played Perry’s wife on Riverdale, said in a statement.

Riverdale is currently slated to air a new episode on Wednesday, March 6 on The CW. No word on whether the network will include any tribute to the late actor.