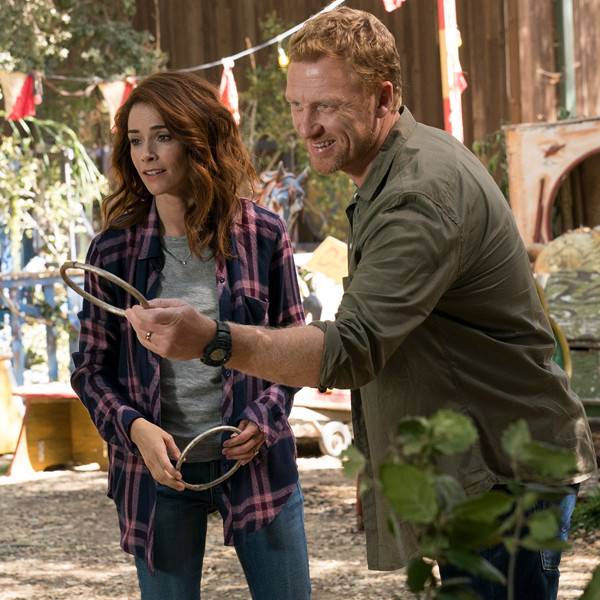 Abigail Spencer is back as a lady in red (hair). Yep, Dr. Megan Hunt is returning to Grey’s Anatomy.

E! News can confirm Spencer, who recently starred in NBC’s Timeless, will reprise the role of Megan, sister to Owen Hunt (Kevin McKidd), in a season 15 episode. Megan was last seen starting a new life with Riggs (Martin Henderson) and her son in Los Angeles. So…will we see Riggs again? Get a name check? Find out what he’s up to? That remains to be seen.

Storyline details are being kept under wraps.

Spencer, who also appears on USA Network’s Suits, appeared in five episodes of Grey’s Anatomy in 2017. She replaced Bridget Regan, who originated the role in 2016, when scheduling conflicts prevented her from returning.