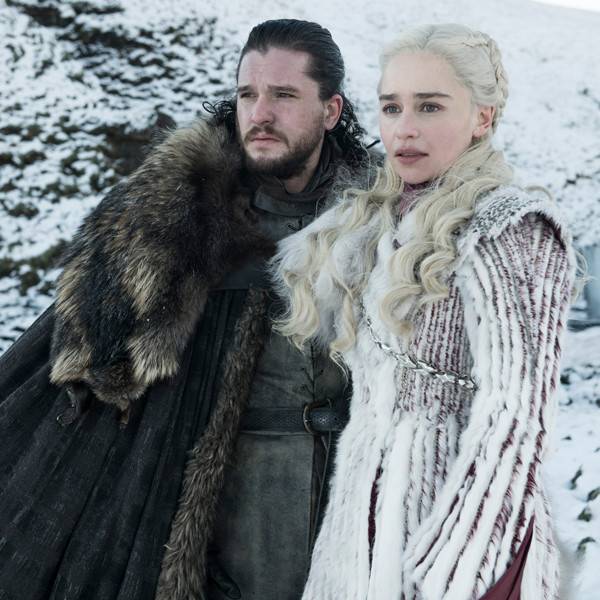 You’ve seen the glimpses of new footage, you’ve seen the ominous teasers and now it’s time for you to see the trailer for the final season of Game of Thrones. Deep breaths, people!

Maisie Williams‘ Arya Stark is the focus of the trailer at its start, with Arya saying, “I know death. He’s got many faces. I look forward to seeing this one.”

But what’s she running from? We won’t get that answer until April.

See it all below.

Aside from some vague teases about bittersweet endings and what sounds like one hell of a huge battle sequence, details on the final season of Game of Thrones have been kept under tight wraps. HBO and producers went to great lengths to guard against spoilers, including shooting much of the final episode on a closed set with crews decked out in special passes, according to EW.

“We want people to love it,” co-creator D.B. Weiss told EW about the ending. “It matters a lot to us. We’ve spent 11 years doing this. We also know no matter what we do, even if it’s the optimal version, that a certain number of people will hate the best of all possible versions. There is no version where everybody says, ‘I have to admit, I agree with every other person on the planet that this is the perfect way to do this’ — that’s an impossible reality that doesn’t exist. I’m hoping for the Breaking Bad [finale] argument where it’s like, ‘Is that an A or an A+?'”

“From the beginning we’ve talked about how the show would end. A good story isn’t a good story if you have a bad ending. Of course we worry,” co-creator David Benioff said.

You’ll be able to see for yourself when Game of Thrones premieres Sunday, April 14 at 9 p.m. on HBO.